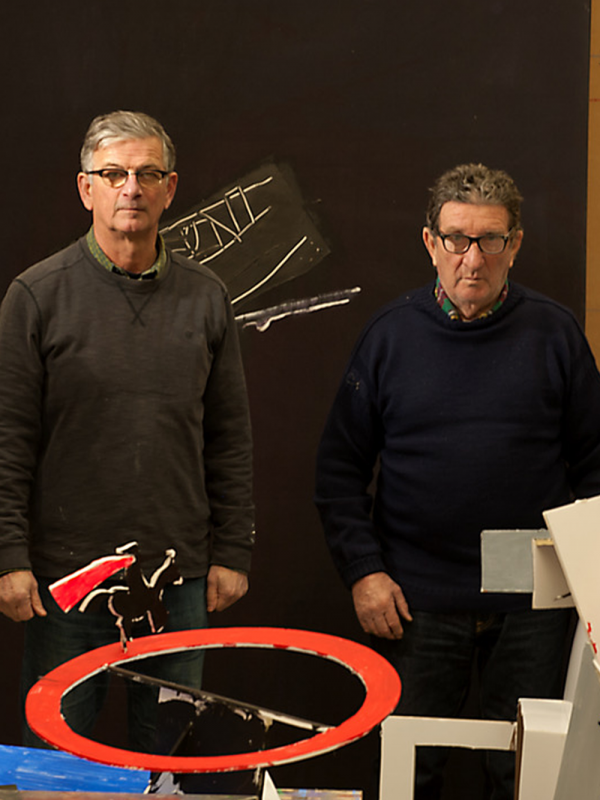 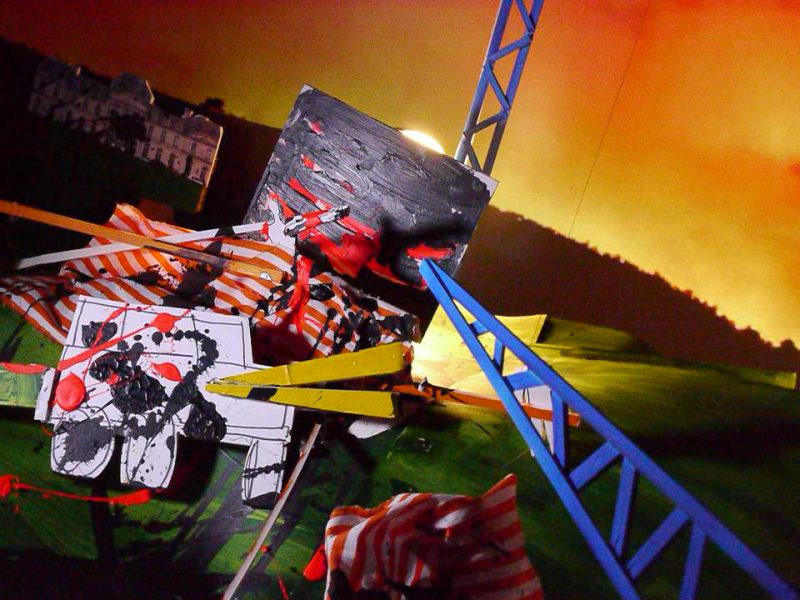 For Coronet Inside Out, sculptor, performance artist and painter Bruce McLean and director-producer Gary Chitty share their film The Decorative Potential of Blazing Factories, commissioned by The Coronet Theatre in 2019.

THE DECORATIVE POTENTIAL OF BLAZING FACTORIES

Commissioned by
The Coronet Theatre

A quest for artistic inspiration turns into a disaster of biblical proportions in the long-awaited new film by seminal sculptor Bruce McLean and director-producer Gary Chitty.

An ingenious blend of art and drama ‘starring 58 sheets of foam board’, The Decorative Potential of Blazing Factories is a journey to the very heart of art and politics.

This motion picture is far from being a conventional film. With its deliberately grandiose plot, this ‘cardboard catastrophe’ pokes fun at the lavish tropes of the art world, and political aspirations gone mad.

A major figure in contemporary UK art, Bruce McLean is a sculptor who works with painting, ceramics, prints, video and live action sculpture. Gary Chitty has made over a hundred short form films for commerce, and has won more than thirty international awards.

McLean was born in Glasgow and studied at Glasgow School of Art from 1961 to 1963, and at Saint Martin’s School of Art, London, from 1963 to 1966. At Saint Martin’s, McLean studied with Anthony Caro and Phillip King. In reaction to what he regarded as the academicism of his teachers he began making sculpture from rubbish.

McLean has produced paintings, ceramics, prints, work with film, theatre and books. McLean was Head of Graduate Painting at The Slade School of Fine Art London He has had one man exhibitions including Tate Gallery in London, The Modern Art Gallery in Vienna and Museum of Modern Art, Oxford.

In 1985, he won the John Moores Painting Prize.

Mclean lives and works in London. His son is the architect Will McLean.

He has produced films around the world in Europe, Brazil, USA, Australia, Africa, Asia and China.

He produced and directed the film The Decorative Potential of Blazing Factories with the artist Bruce Mclean.