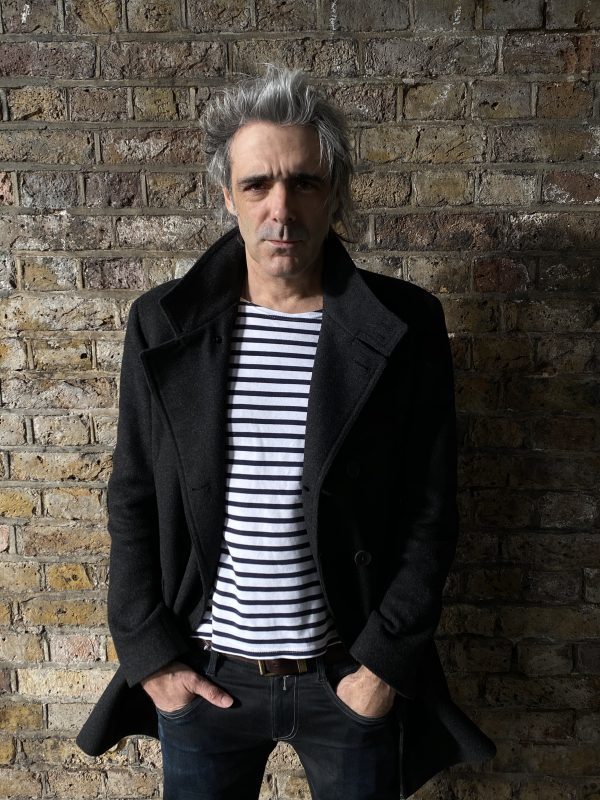 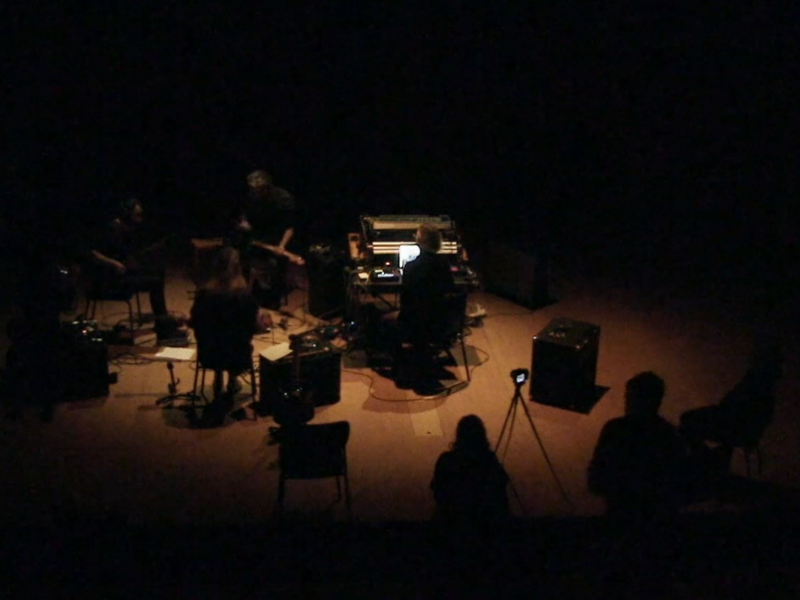 Coronet Inside Out: Dom Bouffard

Composer and performer Dom Bouffard has shared his work in progress Vengeful Ghost for Coronet Inside Out.

Vengeful Ghost – a work in progress

Bouffard’s Vengeful Ghost is a strategy for a site-specific musical performance, mining the possibilities of experimental approaches to electric guitar and 3D sound.

Informed by the work of artists from Derek Bailey and Christian Marclay to Glenn Branca, Sunno and Janet Cardiff, the project blurs the lines between performance and sound sculpture, honouring the electric guitar’s unique outlaw status, while displacing it in search of new shapes, a concept Dom calls fractured punk.

In this video, three guitarists perform inside a ring of 8 speakers, which are hidden in the peripheral darkness. Between them, the sound is spatialized and transformed, its movements becoming a language of their own, in turn re-informing the performance. Meanwhile, the audience is free to wander and explore this forest of sound and silence, light and shadow, shaping their own experience.

Dom and his collaborators Alli MacInnes, Lewis Amar and Lia Mice (who’s fields of practice combine music, visual art and instrument design) R&D’d the project over two residencies at Snape Maltings, including the Festival of New in November ’20. The footage here is documentation from a public sharing in Snape’s iconic Britten Studio, which concluded their first residency in November ’19.

A solo guitar performance, Super Power was originally planned at The Coronet Theatre in June 2019. but has been postponed due to Covid.

Thanks to Clementine Lovell, Patrick Young and Rebecca Merritt at Residencies at Snape Maltings.

Dom Bouffard is a London-born composer, sound artist and performer whose work stretches from punk to experimental theatre. Robert Wilson has called him ‘one of the most interesting musical talents we have today’

Coming from English/Irish and French-Algerian heritages (his Pied Noir father escaped the Algerian War, as a teenager) Dom grew up in East London where he started gigging in local thrash metal bands from age 14. He later co-founded Sona Fariq, a ferocious, multicultural four-piece who’s sound crashed together styles from Garage Punk to Bhangra. He has also collaborated with artists including Katie-Jane Garside, Coco Rosie and Daniel Hope.

Relocating to Berlin in 2006, Dom performed and helped create music for two Robert Wilson productions at the Berliner Ensemble with Rufus Wainwright and Lou Reed. In 2012 he spent a summer at the Watermill Center for Arts & Humanities on Long Island NY where he developed a an interest in Contemporary Dance, Performance and Installation Art. He  also earned an MMus in Composition (Creative Practice) at Goldsmiths, which deepened his interest in Sound Art practices.

This led to ongoing collaborations with artists including choreographer Marianna Kavallieratos (two of which featured Merce Cunningham / Lucinda Childs veteran, Meg Harper) and director Charles Chemin with performances at Onassis Centre, SNF, CPR Brooklyn, Spoleto Festival, Menagerie de Verre and the Berliner Festspiele among others. In summer 2019 he took part in staging workshops for BACH : 6 SOLO with Lucinda Childs and violinist Jennifer Koh.

His experimental radio works have been nominated for the Kriegsblinden and Karl Szcuka prizes and he jointly won Der Deutsche Hörspielpreis der ARD with Robert Wilson and team for the epic BBC/ARD radio play ‘Tower of Babel’. ‘Flying’ a video portrait of Lady Gaga (which he scored with Budgie) exhibited as part of Wilson’s ‘Living Rooms’ show at the Louvre in 2017 and in 2018 he composed music for Victoria Chaplin and Aurelia Thierée’s ‘Bells and Spells’, which was partly developed at The Coronet Theatre.

He is based in London where he regularly performs with his indie duo Emperors of Rome.