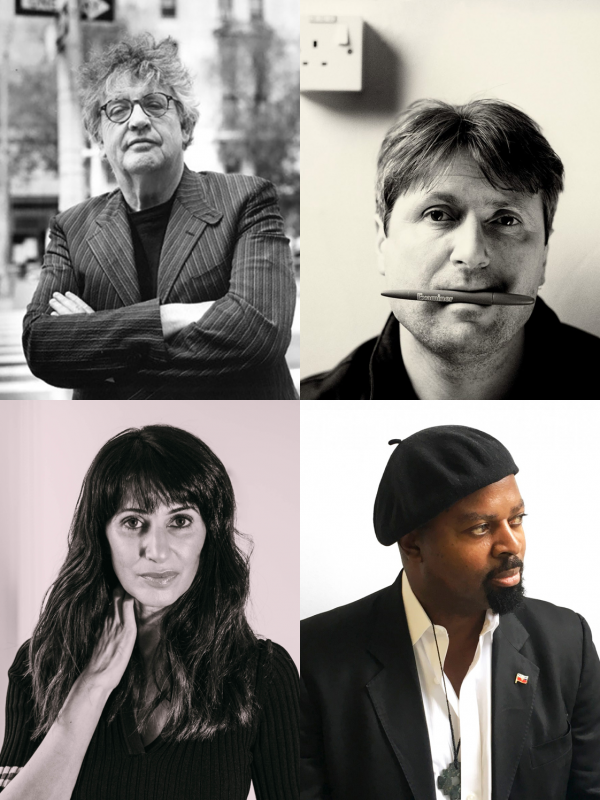 THE GREAT HORSE OF THE WORLD BY PAUL MULDOON

“I am terribly sorry not to have made it to The Coronet Theatre this season. Very much hope that I will be there in a not too distant future. In the meantime, this is a poem called The Great Horse of the World.”

“I am recording these poems for The Coronet Theatre, a brilliant theatre in Notting Hill where I’ve read. They support many artists, poets included, and theatres like The Coronet Theatre are going to need our support in the next few months and years ahead.

I am going to read a poem which is called Dear Big Gods which is a prayer poem. There is something about the quality of the attention in prayer which is also present in poetry, and this sort of ancient logic that both forms have.”

This poem, along with Closed, Still Open, was written from inside the experience of the pandemic. Its mode is reflective, its tone intimate, its method symbolic.

“Hope you enjoy this reading – I think there’s some enjoyment to be had towards the end of the poem, when the imagination is charged with bringing hope and comfort to the confined and separated.  I read this with happy memories of appearing on the stage at the Coronet, and look forward to those days coming again.”

Paul Muldoon is the recipient of many poetry prizes and awards including the Pulitzer Prize in 2003 for Moy Sand and Gravel(2002), the T.S. Eliot Prize and the Griffin Prize. He was born in County Armagh in 1951 and now lives in New York. A former radio and television producer for the BBC in Belfast, he has been Oxford Professor of Poetry and has taught at Princeton University, where he is the Howard G. B. Clark Professor in the Humanities, for more than thirty years.

Mona Arshi was born in West London to Punjabi parents. She worked as a Human rights lawyer at Liberty before she started writing poetry. Her debut Small Hands won the Forward Prize for Best First Collection in 2015. Her second collection Dear Big Gods was published in 2019. Her poems and interviews have been published in The Times, The Guardian, Granta and The Times of India as well as on the London Underground. She has recently been appointed Honorary Professor at the University of Liverpool. https://www.monaarshi.com/

Ben Okri is one of contemporary literature’s most important writers. Growing up in Nigeria and England, his poetry, novels, short fictions and essays reveal a unique sensibility. Part of a trilogy, his novel The Famished Road won the Booker Prize for Fiction in 1991. In 2018 he adapted Albert Camus’ existentialist masterpiece The Outsider for The Coronet Theatre. Recent works include The Freedom Artist (which some are now calling prescient) and Prayer for the Living, a volume of stories.

Simon Armitage was born in West Yorkshire and is Professor of Poetry at the University of Leeds. A recipient of numerous prizes and awards, he has published eleven collections of poetry, including Seeing Stars (2010), The Unaccompanied (2017) and his acclaimed translation of Sir Gawain and the Green Knight (2007). He writes extensively for television and radio, and is the author of two novels and the non-fiction bestsellers All Points North (1998), Walking Home (2012) and Walking Away (2015). His theatre works include The Last Days of Troy, performed at Shakespeare’s Globe in 2014. In May 2019, Simon succeeded Carol Ann Duffy to become the UK’s 21st Poet Laureate.