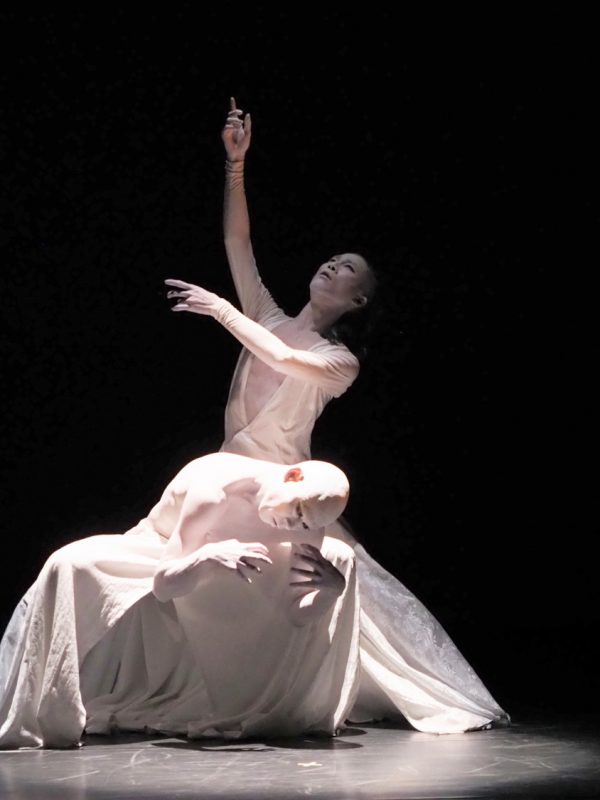 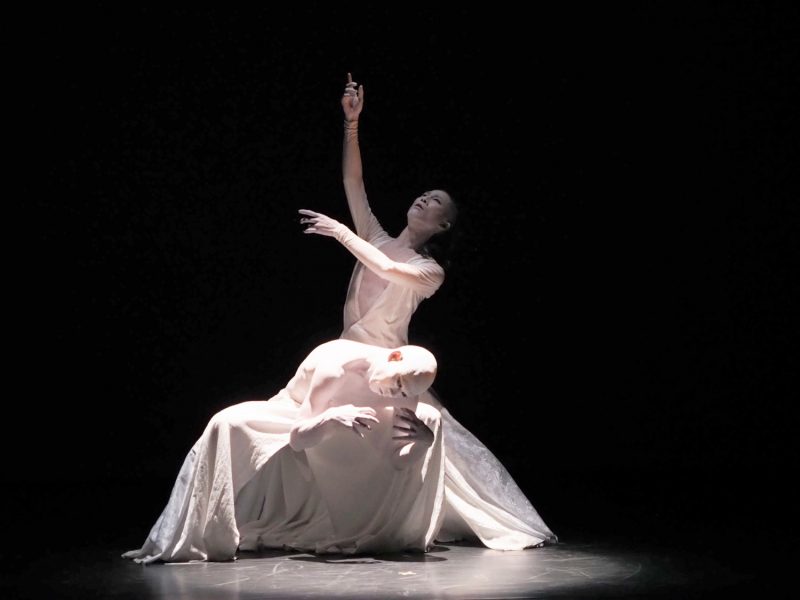 As part of Electric Japan KENTARO KUJIRAI & BARABBAS OKUYAMA, performers at the at the forefront of contemporary exploration of traditional Butoh dance, share excerpts of their work together.

Then, in 2012, the pair first got to know each other when they were involved in HA YA SA SU RA HI ME a collaboration work between Tenshikan and Dairakudakan that was performed at Setagaya Public Theatre in Tokyo.

After that the two dancers in their thirties decided to work together in search of new forms of expression through butoh. The first fruit of that collaboration came in 2018 when Okuyama performed a dynamic, Kujirai-choreographed solo work titled A HUM SAN SUI that many hailed as breathing fresh life into butoh.

Following that success, in April 2019 the pair launched KANTARO KUJIRAI & BARABBAS OKUYAMA, a project seeking new possibilities in butoh. This led to them showcasing a new duo program, HI NO SHI DU KU, at the J-K (Japan-Korea) Duo Dance Festival in Saitama, Japan, in May, with further performances scheduled when the festival is staged in Seoul, South Korea, in November. In between those events, they were invited to stage A HUM SAN SUI in August at the prestigious Changmu Performing Arts Festival in Seoul, where their stylish and energetic contemporary butoh was enthusiastically received.

Butoh (or butō) — meaning “dance of darkness” — is an idiosyncratic and physically demanding dance form based around fluidity in motion in response to sound and space that emerged in Japan in the 1950s. Expect distinctive, hyper-expressive choreography that’s raw, haunting, beautiful — and magical.

In 2001, Barabbas Okuyama joined the world-famous Dairakudakan (Great Camel Battleship) butoh company founded in 1972 by Akaji Maro, its leader to this day. Besides taking roles in all Dairakudakan’s productions, in its studio programs he choreographed and performed his own original works Sagram-Boy (2009), Crucifixion (2013) and the solo piece U Tsu Shi Mi (2016).

Meanwhile, Barabbas has performed in butoh and contemporary dance programs, and at several international festivals, with renowned artists such as Josef Nadj, Akira Kasai, Naoko Ito, Motoko Hirayama, Mitsutake Kasai and Ikuyo Kuroda. He has also appeared as a butoh artist in theatre productions and films.

2005: Became a main dancer in Kasai’s famous Tenshikan (Sant’Angelo) company, a position he still holds that takes him to many festivals in Japan and abroad

2015: Founded his own company, KENTARO KUJIRAI Konpeito, and started to collaborate with artists from other genres, including the expressive movement art of eurythmy

2016: A TV documentary followed Kujirai as he created his work Doku to Tsurugi (Poison and Sword)

In addition, Kujirai has a successful career as a fashion model and was recently appointed to represent the world-famous HOMME PLISSE ISSEY MIYAKE brand.

He has also collaborated with many artists from outside the dance world, including the poet Shuri Kido, photographer Yuriko Takagi, musician Yosuke Fujita, as well as with fashion designers, painters and choral groups.