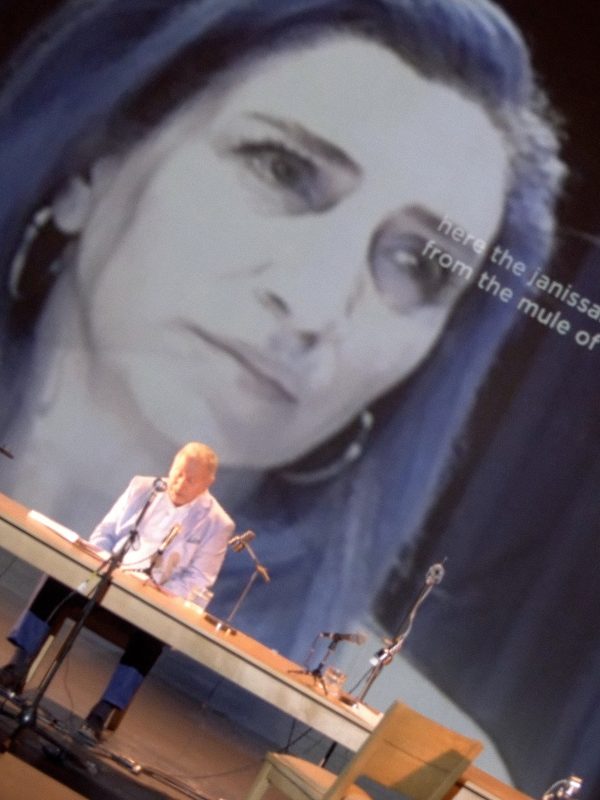 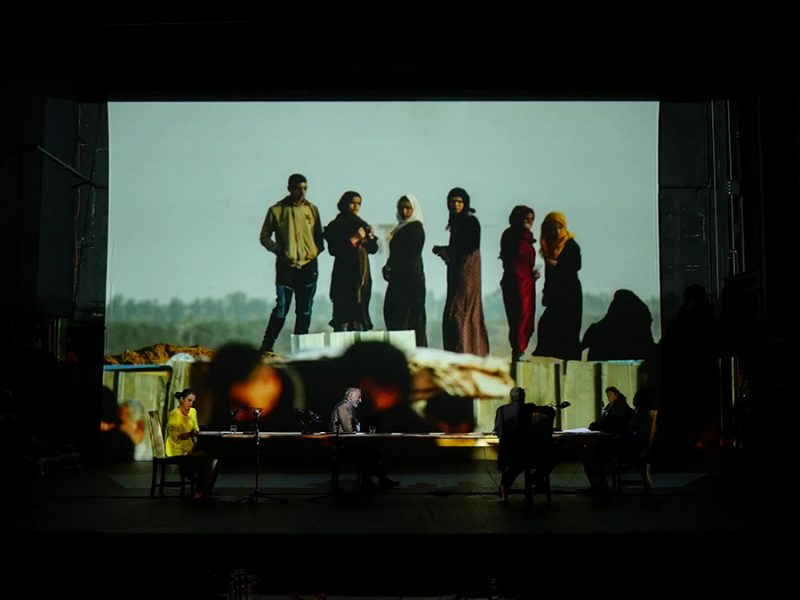 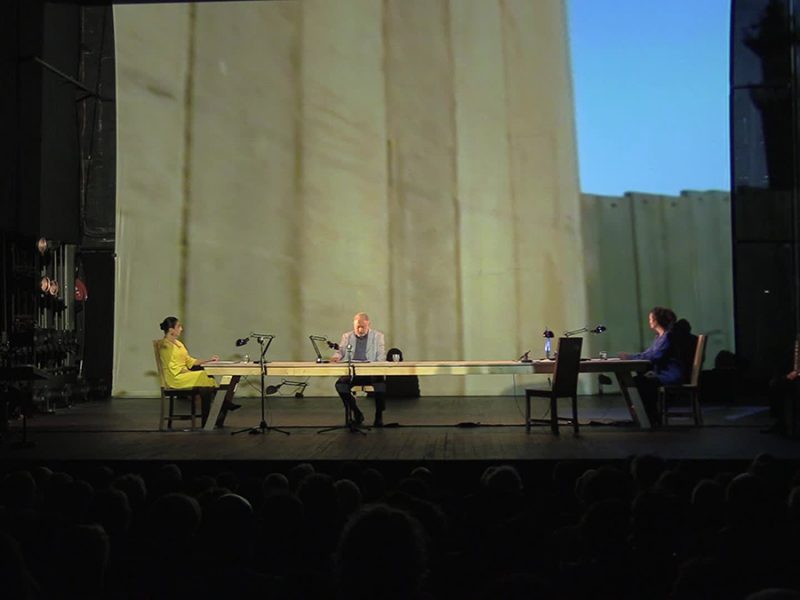 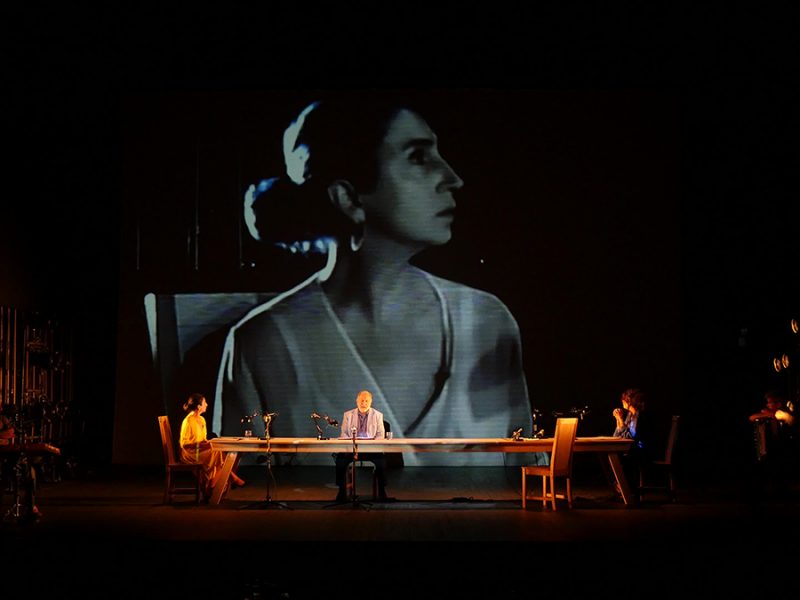 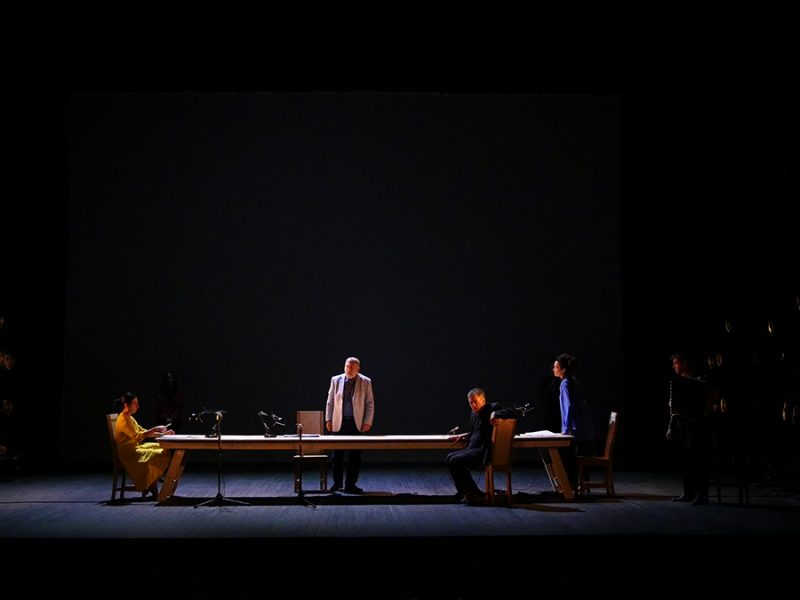 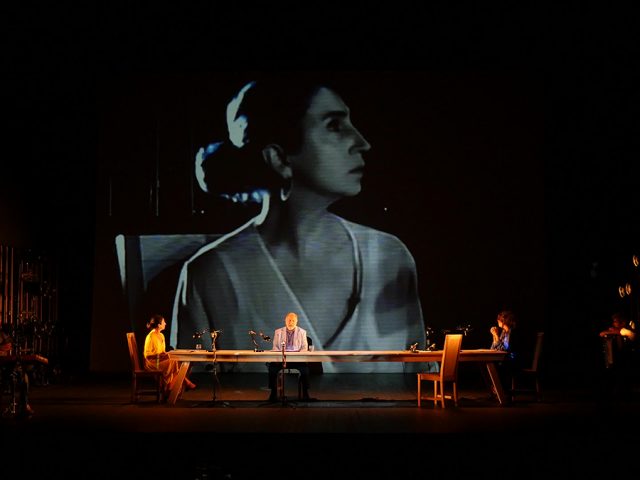 A Letter To A Friend In Gaza

Part theatre, part film, and part tribute to Albert Camus’ Letters to a German Friend, A Letter to a Friend in Gaza is Amos Gitai’s elegiac and moving address to the Israeli-Palestinian conflict, told through the perspectives of those living it.

Four actors – two Palestinian and two Israeli – seated at a long table, read each other poems, writings and letters by Palestinian and Israeli writers and thinkers such as Mahmoud Darwish, S. Yizhar and Emile Habibi, against a backdrop of news and archive footage and feeds from the on stage cameras, interwoven with a soundtrack from live musicians.

A performance about reconciliation, dialogue, and humankind, its seemingly spartan format is more than a sum of its parts. At times poetic and at others abrasive, Gitai’s poignant tone is sure to leave its mark.

With some forty films to his name, the multi-award winning Gitai has been making films, theatre and video installations for nearly forty years, and has worked with Juliette Binoche, Jeanne Moreau, Natalie Portman, Yael Abecassis, Samuel Fuller, Hanna Schygulla and Annie Lennox.

You can also join us for  A reading of Efratia Gitai Correspondences on Sun 24 Nov at 6:00 pm.

Performed in Arabic and Hebrew with English surtitles.