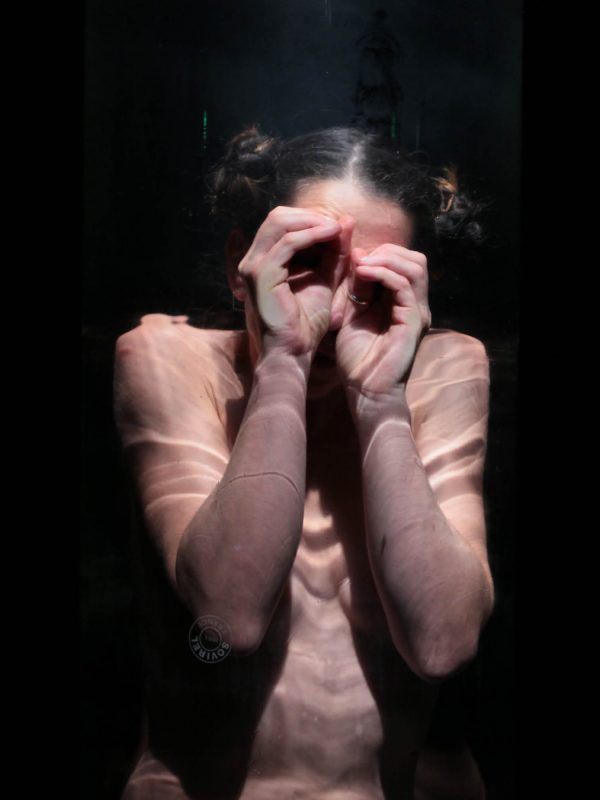 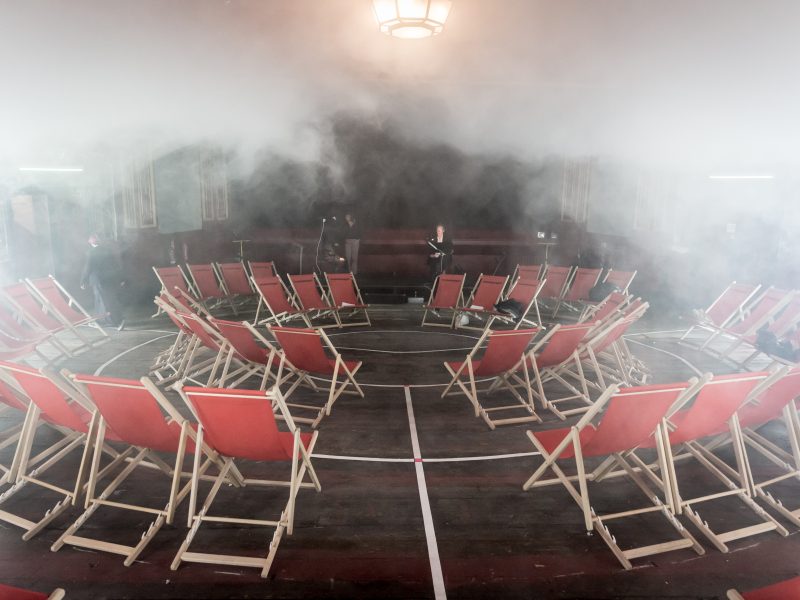 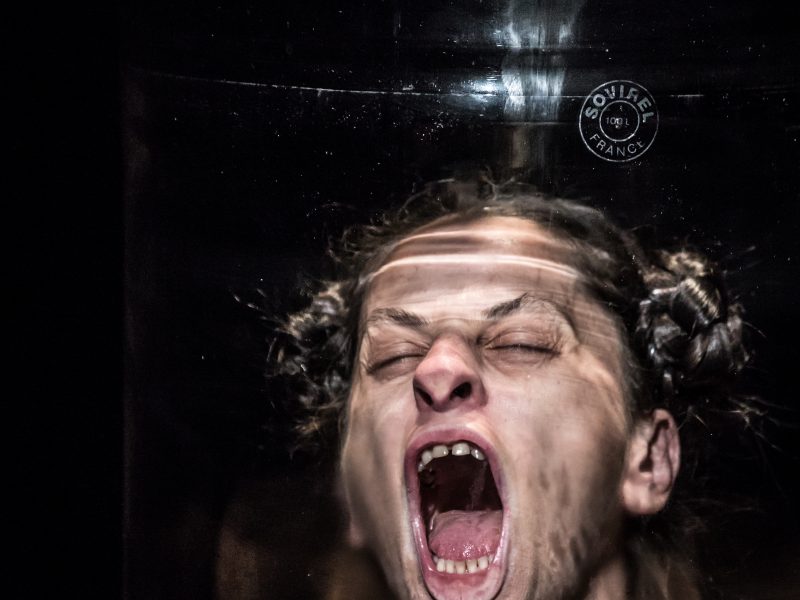 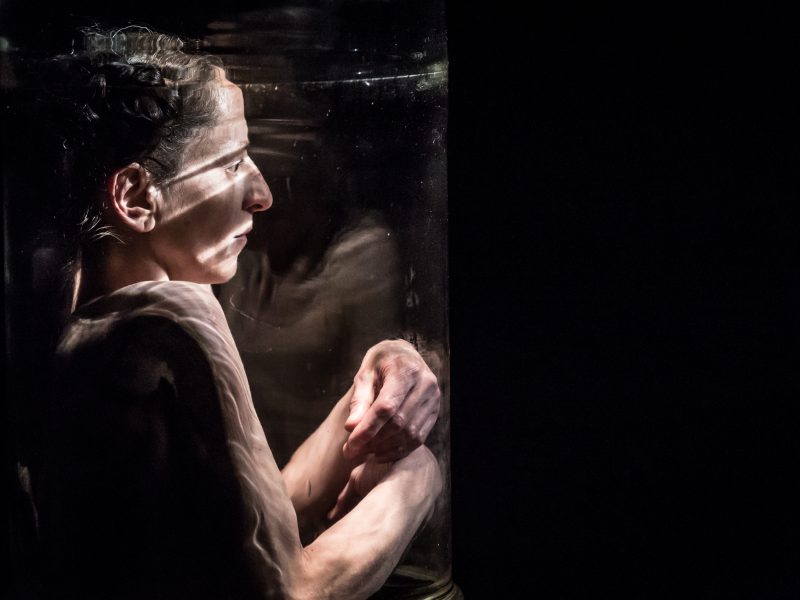 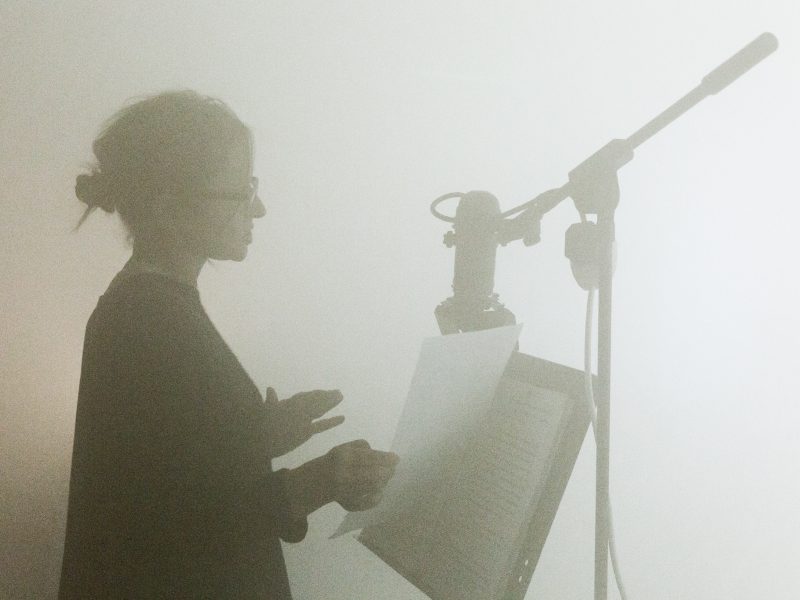 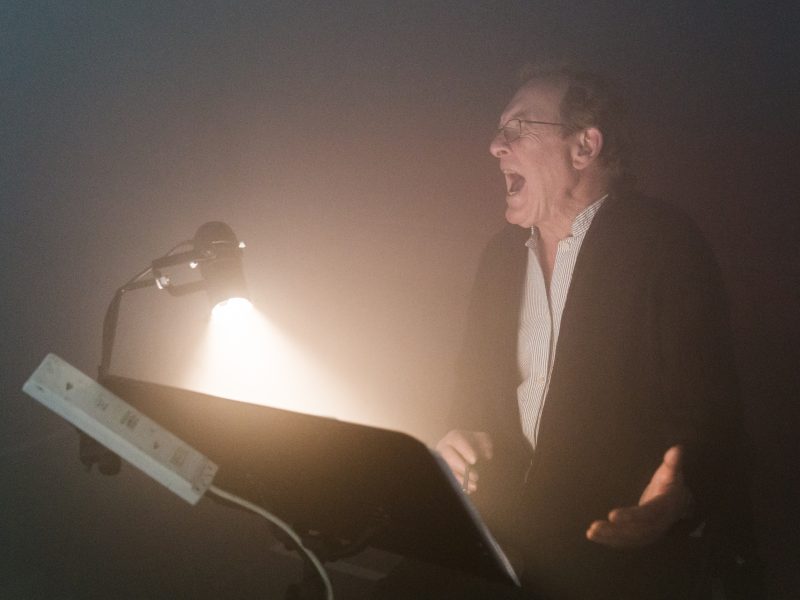 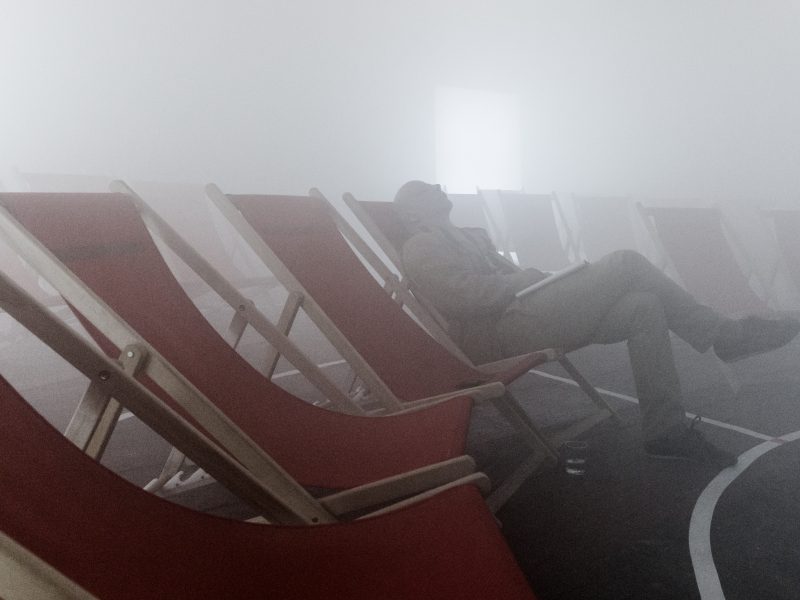 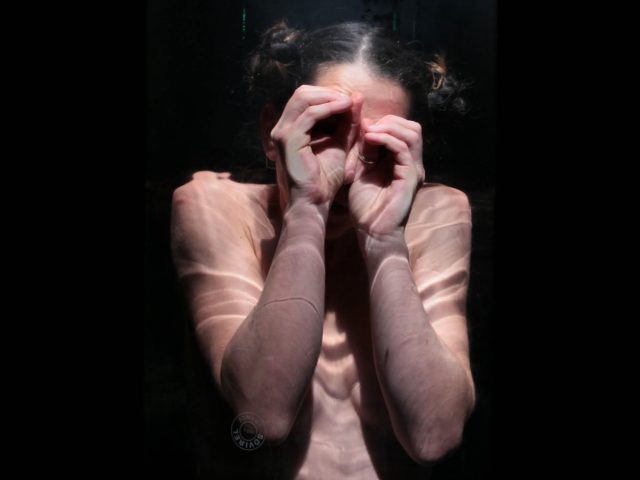 d(ARE) / Here Be Lions was borne out of a collaboration between French artist, choreographer and dancer Sandrine Buring, and playwright and director Stéphane Olry. It is inspired by Buring’s and Olry’s artist residencies at the Hôpital de la Roche-Guyon, a hospital for children with multiple and severe neurological difficulties in France. The piece fuses dance and immersive theatre to explore with beauty and subtlety the experiences, thoughts and sensations of these enigmatic young people. There will be dance from inside a suspended glass laboratory bell jar, and voices from eight different characters attempting to vocalise disability. These two mediums – movement and text – are presented to the audience as ways in which to imagine a world that is often deemed unimaginable. Like the Latin cartographers who wrote in the spaces of the yet unexplored deserts, hic sunt leones: here are the lions.

ABOUT THE PIECE
d(ARE) / Here Be Lions received rave reviews at the Festival d’Avignon in 2012 and, profoundly moved by the experience, Theatre of Europe approached the Print Room to bring this delicate and uplifting creation to the UK, in an English translation by Neil Bartlett. For this UK premiere, it will feature renowned British performers including actor Hayley Carmichael and vocal improviser Phil Minton.

Neil Bartlett explains that the text “deals largely with attempting (and failing) to put into words  the thoughts and sensations of four people who are without any ordinary means of human communication […] As a translator, I have tried to make the text clear where it is clear, and trusted it to be strange when it is strange. I have neither decorated nor simplified.”

There will be a post-show discussion on Thursday 11th June with Stéphane Olry.