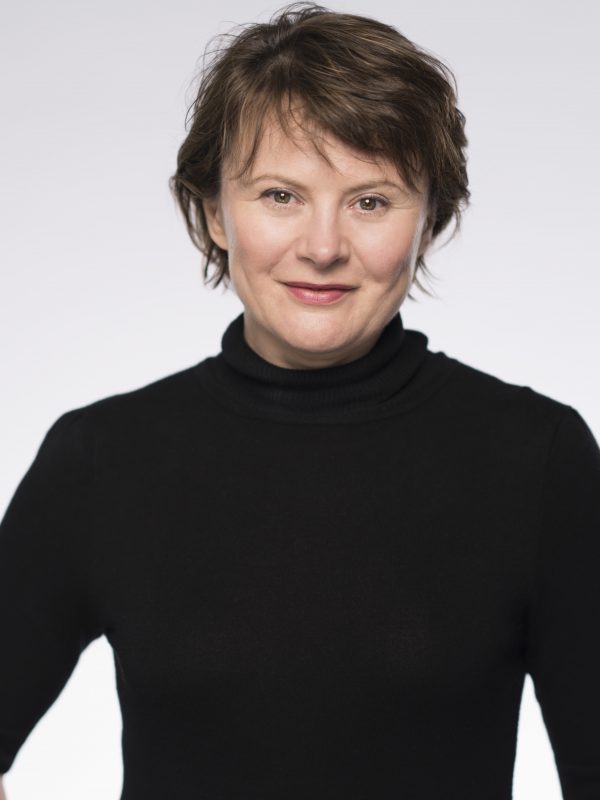 “Though I read and teach Emily Dickinson constantly, I remain a bewildered idolator, struggling to understand her enigmatic sublimities. Together with Emerson, Whitman and Henry James, she seems to me America’s highest achievement in thought and the arts. At her strongest, she has something in her lyrics that recalls the swiftness and compression of Shakespeare’s mind.” – Harold Bloom.

Monica Dolan‘s recent theatre credits include Appropriate (Donmar) and All About Eve (West End) for which she received the Olivier Award for Best Actress in a Supporting Role. Also for the stage: The B*easts, Nassim and Chalet Lines (Bush Theatre), Plaques & Tangles, The Twits, Birth of a Nation, Sliding with Suzanne and Glory Living (Royal Court), King Lear, The Seagull, The Taming of the Shrew and A Midsummer Night’s Dream (RSC), Jane Eyre (Shared Experience and West End), Macbeth (Out of Joint), Mary Stuart (Nuffield, Southampton), She Stoops to Conquer, A Laughing Matter and The Walls (National Theatre), Hayfever  (Theatre Royal Bath and West End) and The Glass Menagerie (Royal Lyceum Theatre, Edinburgh).

Monica’s television credits include Black Mirror: Smithereens, Urban Myths: Bleak House Guest, A Very English Scandal for which she was nominated for the BAFTA for Best Supporting Actress, Vanity Fair, Strike: The Silkworm, W1A, Inside No. 9, Catastrophe, The Witness for the Prosecution, Neil Gaiman’s Likely Stories, The Casual Vacancy, Mid Morning Matters with Alan Partridge, The Escape Artist, Complicit, Call the Midwife, Coming Up: Spoof or Die, Appropriate Adult for which she received the BAFTA Award for Best Supporting Actress, U Be Dead,  Excluded, Inspector Banks, Occupation, Midsomer Murders, The History of Mr Polly, Poirot, The Commander, Wallis & Edward, Tipping the Velvet, Judge John Deed and The Gift.

This performance is presented by Dead Poets Live

Devised and supported by the T. S. Eliot Foundation