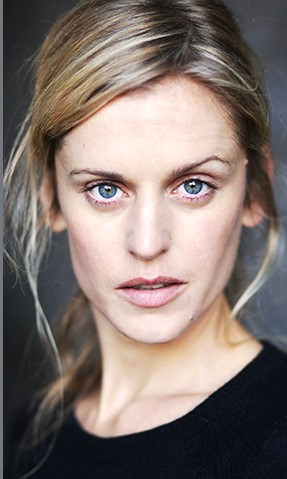 Sylvia Plath was born in Boston in 1932 and died in London, aged 30, in 1963. In her very brief career she produced some of the most startling, rich, authoritative and riveting poetry of the 20th century. The best-known of her poems – among them Lady Lazarus, Daddy, The Applicant, Tulips – arrived in the extraordinary torrent of creativity unleashed in her final months, and posthumously collected in a volume called Ariel. The evening will retrace the journey along the route that Plath took, by various poetic turns, to the voice, the unique and definitive voice, of those final poems.

Denise Gough astonished critics and audiences in London and New York with her performance in People, Places & Things , for which she awarded the Olivier Award for Best Actress in 2016 and the Obie Award in 2018. She returned to the National Theatre in 2017, and won the Olivier Award for Best Supporting Actress in the revival of Angels in America. Recent TV work includes Guerrilla and the title role in Conor McPherson’s mini-series, Paula. Recent films include Steel Country, 71 and Jimmy’s Hall.

Proceeds from the evening go to Safe Passage.

This performance will be filmed by T.S Eliot Foundation and Print Room at the Coronet.