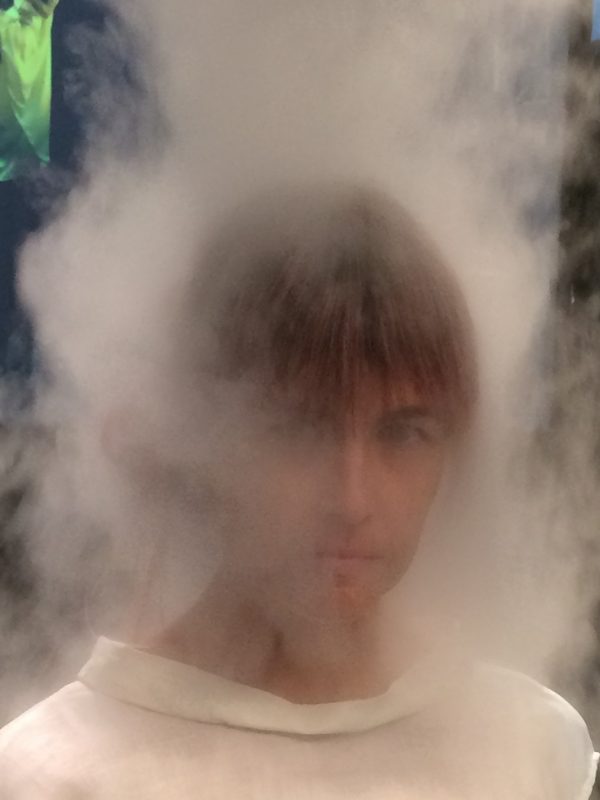 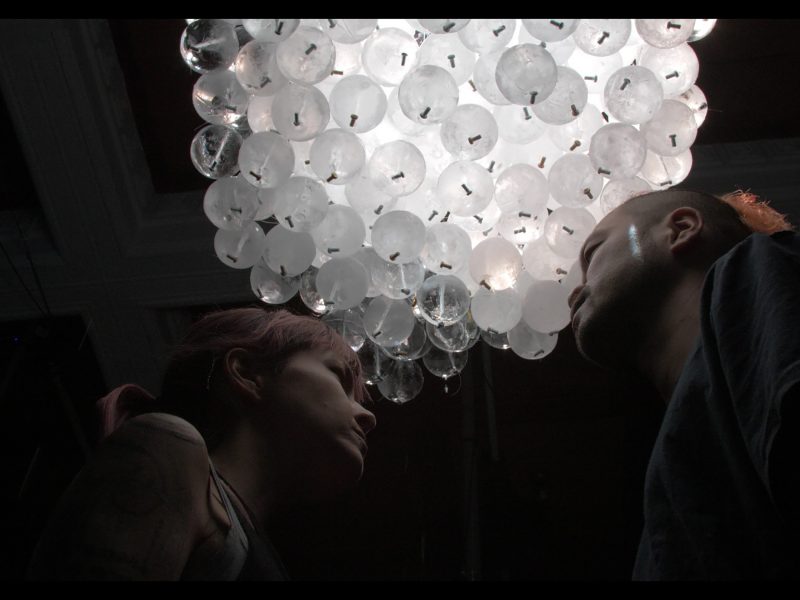 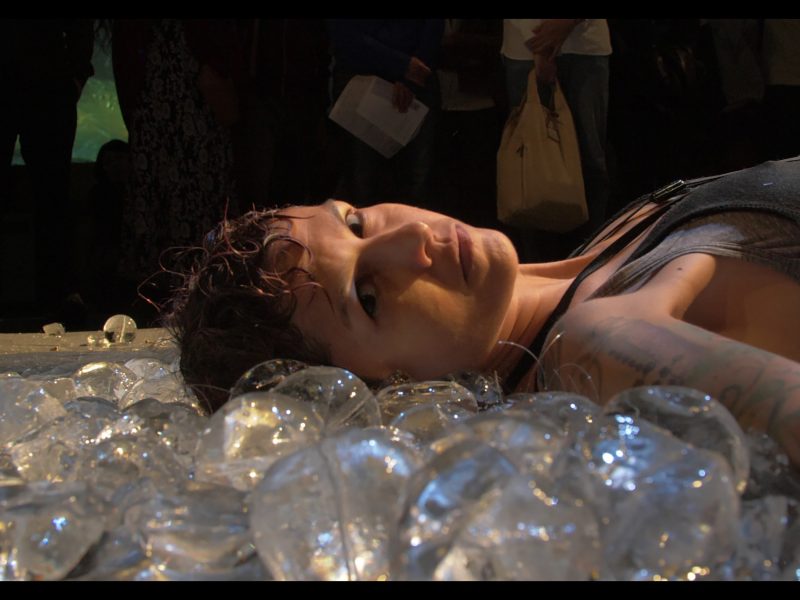 Embodiment Of Water: The Ice Cube

What role has water played in Japanese culture? How can water be used as a metaphor for female resilience, and help emancipate women from antiquated attitudes?

In Autumn 2017 Roberta Lima spent a week accompanying a female chief sake brewer in Kyoto. She learned about the brewing process and about how she had become a chief brewer – women had previously been forbidden from entering sake breweries. Exploring the roots of the craft however, Roberta discovered that women had always been deeply involved with sake brewing. Today, women work as chief brewers all over Japan.

Lima’s immersive installation is comprised of four videos: Embodiment of Water (filmed in Finland), and the trilogy – The Ice Cube, The Ice Chandelier and The Ice Cloud – filmed at Kyoto Art Centre in Japan as part of the international performance festival Kyoto Experiment 2018.

In this filmed performance, 100kg of dry ice hangs in the centre of the space. Lima and Japanese artist Yuya Tsukahara stand motionless under a cloud of CO2 until the audience settle into the space. Following a process similar to that of a worker in a sake brewery, Lima brings buckets of boiling water, and together with Tsukahara they manipulate the dry ice with the steam. The resulting ice cloud stands as a metaphor to the ephemeral aspect of water.

In this second filmed performance, eight blocks of ice are assembled and tied with two belts, forming one cubic metre of sculpture weighting one ton. Surrounded by projectors showing videos of the sake brewing process, Lima and Tsukahara perform gestures of washing, hanging, and dripping, creating an analogy to the actions and dynamic of the workers from the brewery. The Ice Cube stands as a metaphor for resistance.

In the middle of a space hangs an ice chandelier, around which intense music and dance are performed. Changing with the music, Lima and Tsukahara go from dancing to cutting the strings which attach the ice to the ceiling.

Created in Finland, this video was the first work in the series. It is described by Lima as a ‘performance without an audience,’ and it subsequently became an important part of her installation and performances at Kyoto Art Centre.

Read an interview with Roberta Lima about Embodiment of Water here >

Roberta Lima was born in 1974 in Manaus, Brazil. After graduating with a degree in architecture in 2001, Lima moved to Vienna where in 2007 she earned a Master’s degree in Fine Arts and in 2013 her PhD in Philosophy. Thereafter she worked as lecturer and Assistant Professor for the Contextual Painting Class at the Academy of Fine Arts Vienna.
Lima focuses on her own body as theme for her work and uses various media, such as photographs, video and installations. Additionally that she investigates space and appropriates aspects of different places and contexts – from subculture to science, from popular media to historical reference and feminist theory – for producing art and starting discussions on the role of artist and viewer.

She has exhibited and performed internationally at festivals such as Wiener Festwochen, Donaufestival, and Kyoto Experiment. In 2007 she was awarded the “H13 Prize for Performance”. In 2018, she was awarded Austrian citizenship based on the merit of her accomplishments and contributions to the nation.

Trilogy (The Ice Cloud, The Ice Cube, The Ice Chandelier)