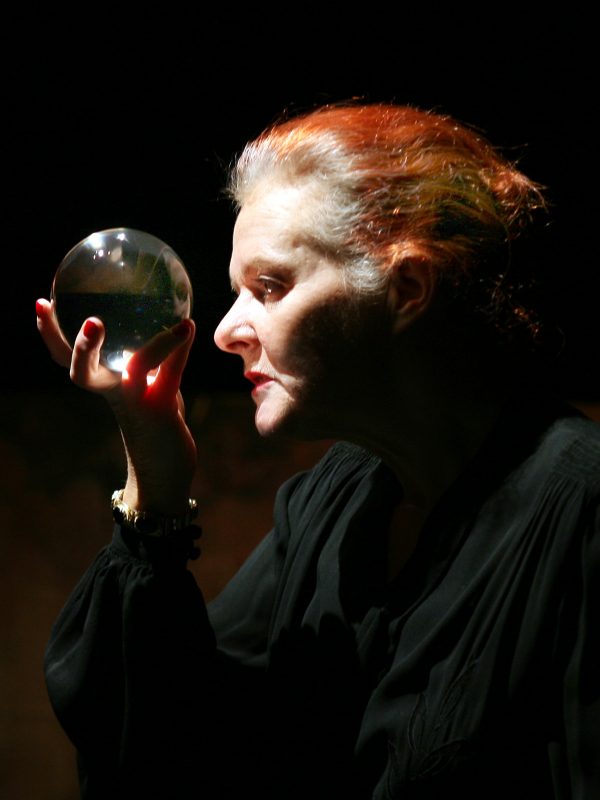 In a new version by:
Jamie McKendrick

A dream disrupts the ordered and successful life of a Milanese industrialist while on holiday with his family. His desperate attempts to understand its significance lead to an ever more destructive obsession with his teenage son and lay bare what was hidden in his life.

This is a rare opportunity to read the work of Pasolini, best known for his extraordinary and controversial films, Accattone, Theorem, The Gospel According to St. Matthew and Salò. Fabrication explores the corrosive effects of capitalism and the fatal conflict between the desire for power and the power of desire.

Gillian Hanna and the genesis of Fabrication.

Gillian Hanna, actress and translator, gave Lucy her translation of Affabulazione twenty years ago when Lucy’s stage version of Pasolini’s film Teorema came to London. Since then the two of them have developed the piece and looked for ways of producing it. In 2008 Lucy and Gillian held a reading with Jasper Britton, here at the Print Room, and it was then that Jamie McKendrick was invited to write his own verse translation. With the support of the National Theatre Studio, who hosted two workshops, this unknown work by an extraordinary artist has finally been staged in the UK.