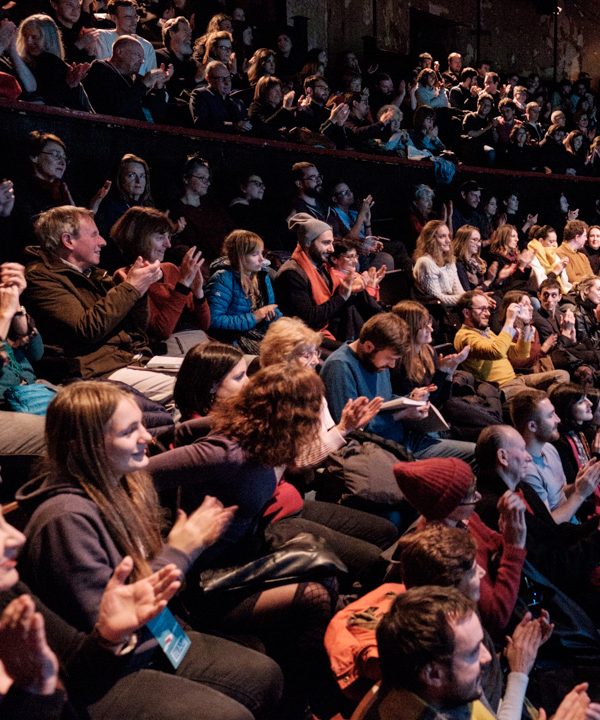 Preppers, scavengers, rewilderers, ecosexual communities, robots, astronauts simulating life on Mars, cryo-preservation, genetic experiments. How are people getting ready for the end of the world? And do we have to? Is it really happening? Starting from a personal life crisis and the prophecy of a stranger, both Joanna Pocock and Alberto Giuliani have travelled among new unconventional communities in order to find answers, and maybe the books they were looking for.

Alberto Giuliani is an award-winning Italian photographer and journalist. His stories have been featured in international magazines, including Condé Nast Traveller, Vanity Fair, Der Spiegel and Stern. His photographic project Surviving Humanities digs into the future of humanity. His latest book, Gli immortali – Storie del mondo che verrà was published in Italy by Il Saggiatore in 2019.

Joanna Pocock is an Irish-Canadian writer living in London. Her writing has notably appeared in The Los Angeles Times, The Nation, and on the Dark Mountain blog. She was shortlisted for the Barry Lopez Narrative Nonfiction Prize in 2017, and won the 2018 Fitzcarraldo Editions Essay Prize for her book Surrender.

Chair: Maddalena Vatti is a translator, editor and publicist based in London.