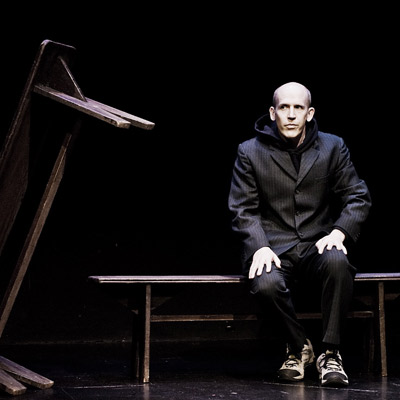 First Love is a short story from the same period as The End.  A man recounts an episode early in his adulthood where, having been expelled from the family home, he meets a young woman on a bench.  In order to rid himself of his infatuation with her he moves in with her.  This is a perfect blend of Beckettian perversity and an inspired twist on the love story.

“Lovett’s supreme funny performance is such a pleasing triumph because the gallows humour emerges so organically.”-  New York Times.