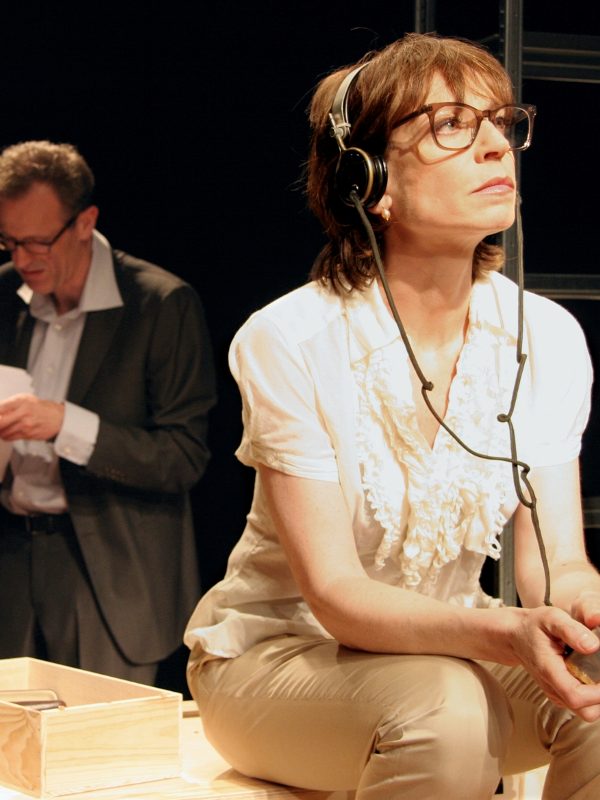 Based on the true story of the secret love affair between a Jewish philosopher and her National Socialist professor, Hannah and Martin is a fascinating exploration of the separation of private and public life.

The play portrays the ethical, political and romantic complexities of the relationship between two of the 20th Century’s most influential thinkers: Hannah Arendt and Martin Heidegger.

Willem de Wolf reprises his role as Martin Heidegger alongside Lineke Rijxman, winner of the Theo d’Or Award for her performance as Hannah.

Hannah and Martin was created by Dutch theatre company Mugmetdegoudentand. The play will be performed with English subtitles.

On Tues 28 and Wed 29 November there will be a post-show Q&A with the cast discussing the themes, intentions and form of the play.