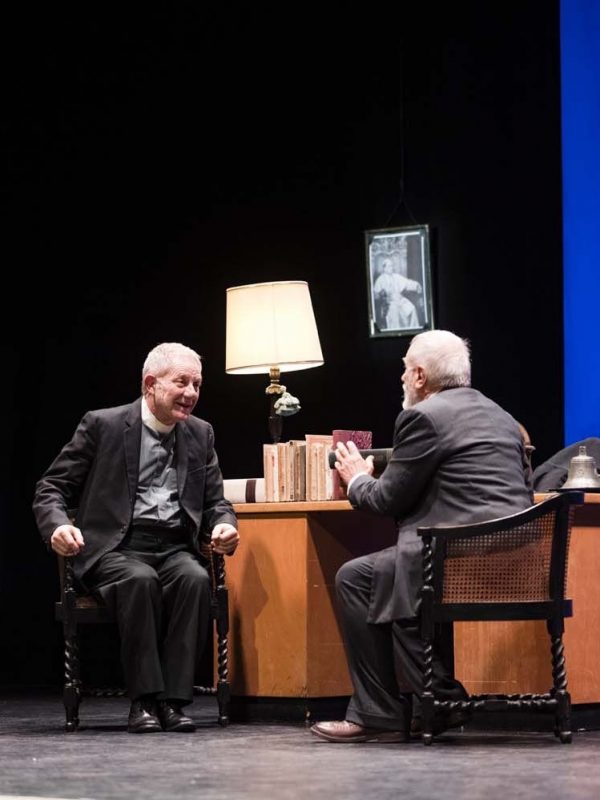 Giovanni Grasso’s story is of a momentous meeting in Brooklyn in 1944 between don Luigi Sturzo, who founded the Italian People’s Party in 1919, and Gaetano Salvemini, a politician and anti-fascist. This confrontation between very different ideological positions and political views aims to revisit the impulses and thoughts at the root of the Italian Republican Constitution. Luigi Sturzo became a major influence in the foundation of current Italian politics and an acclaimed academic, becoming of chair of history of Italian civilisation at Harvard University.

The show will be introduced by a prologue by Giovanni Grasso on the story of Don Sturzo and Salvemini in London, as well as anti-fascist exiles in Britain.

Buy for three or more performances and receive a 10% discount

All performances are in Italian with English surtitles