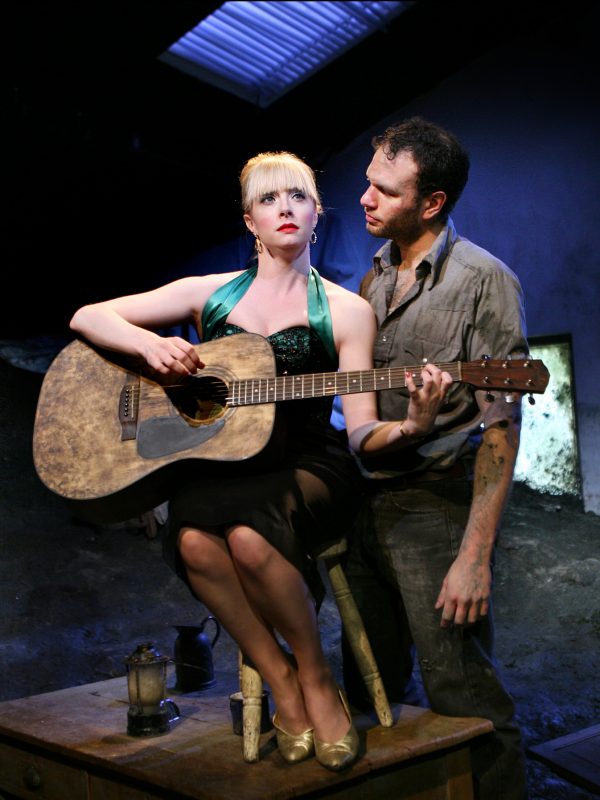 To celebrate the 100th anniversary of his birth, we are presenting one of Tennessee Williams’ rarely performed plays: Kingdom of Earth. The play takes place in a decrepit farm house on the edge of the Mississippi Delta, a few hours before the valley is due to be flooded.

Everyone has fled the area, except Chicken, a powerful young man of mixed race, who claims he can sit out the flood on the roof top. Lot, his younger half-brother arrives with his new wife Myrtle, ten years his senior, ex-stripper and sometime whore, to claim back his mother’s house from Chicken. A sibling rivalry for possession of Myrtle takes place, whilst the flood waters rise and threaten to consume them.

This savage, sexy and comic play has been widely overlooked since its inaugural performance on Broadway in 1968. We hope you can come and discover for yourselves this neglected masterpiece, last performed in London in 1984.