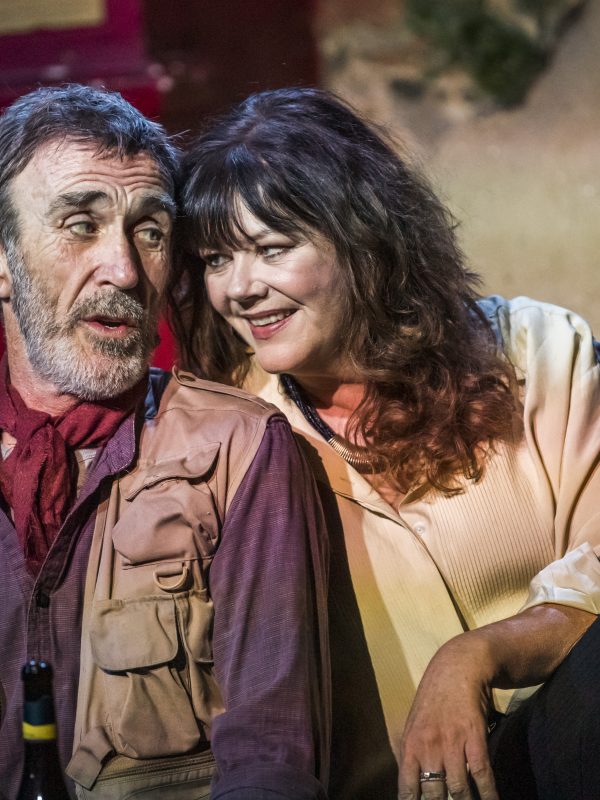 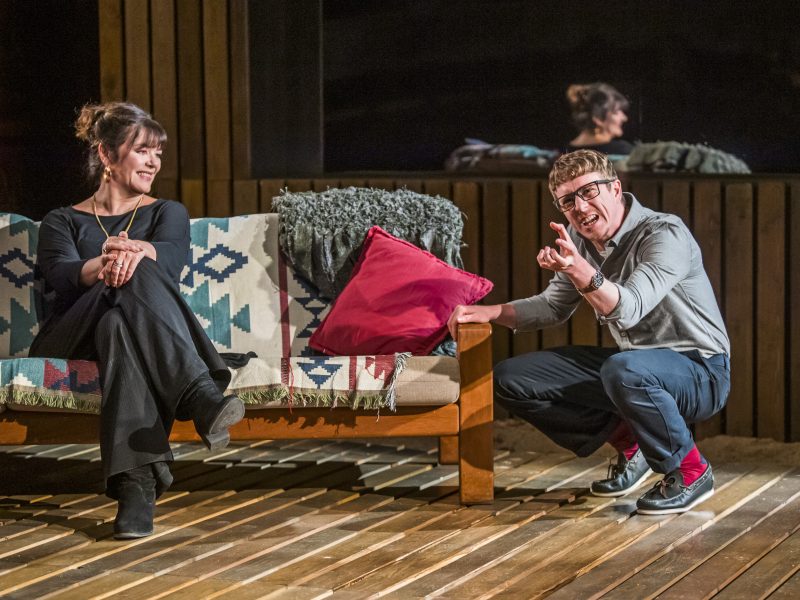 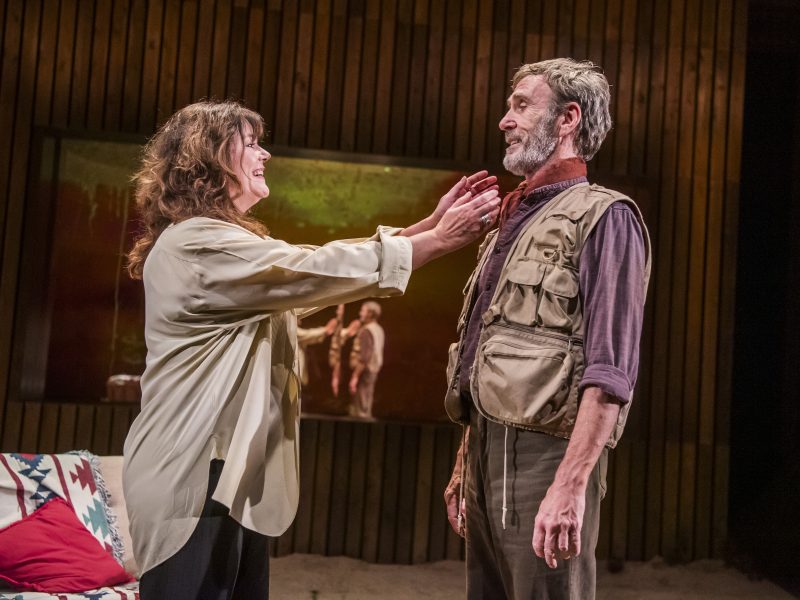 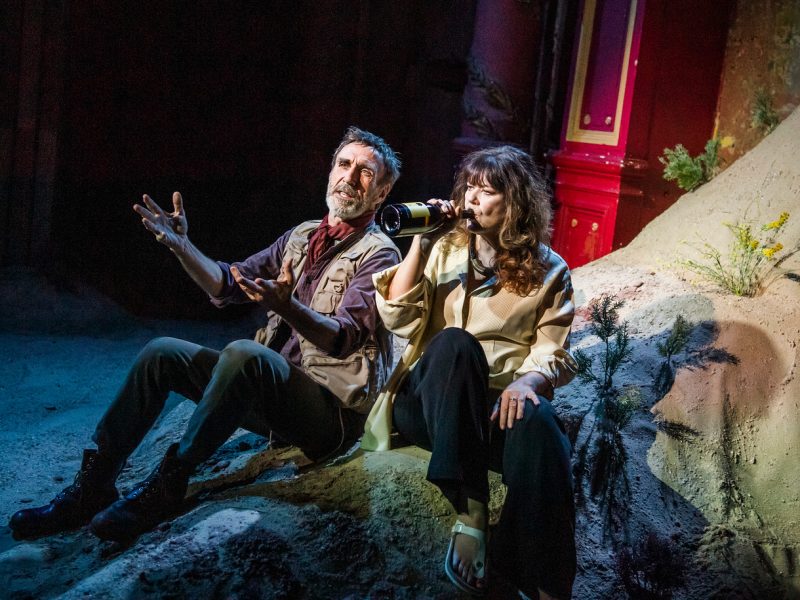 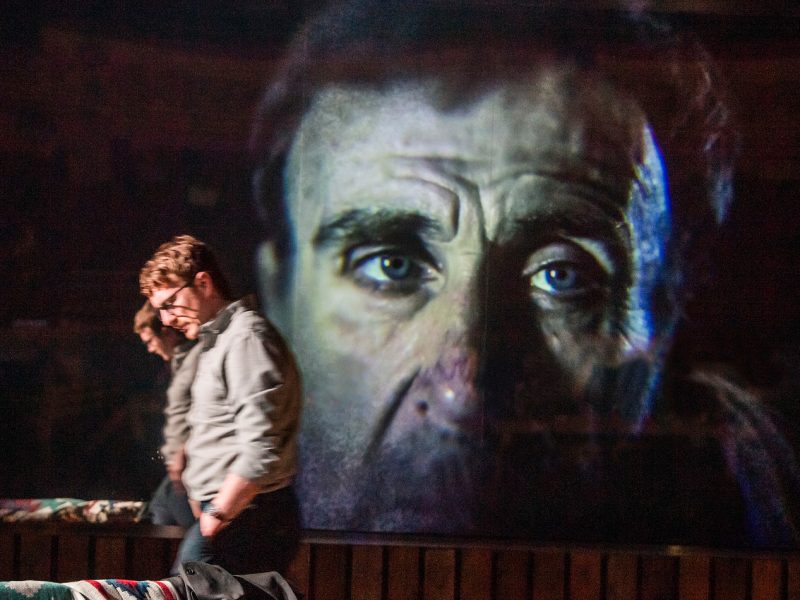 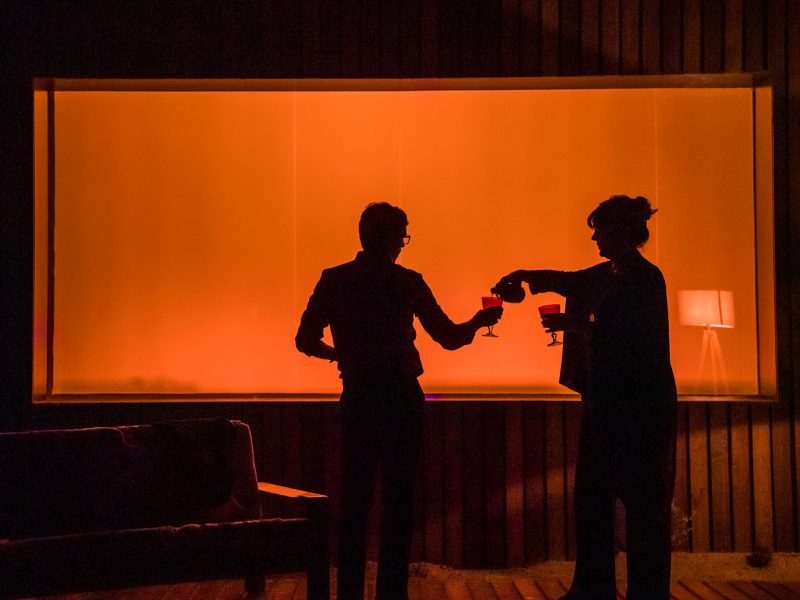 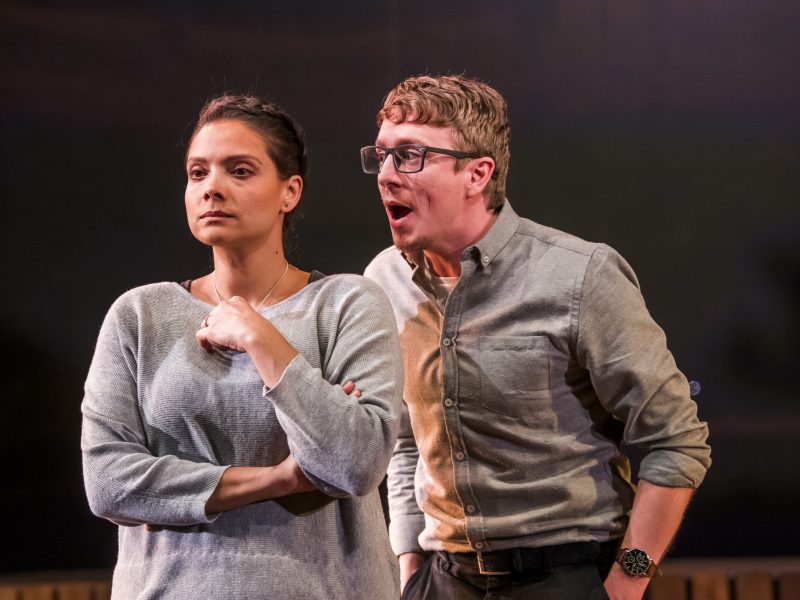 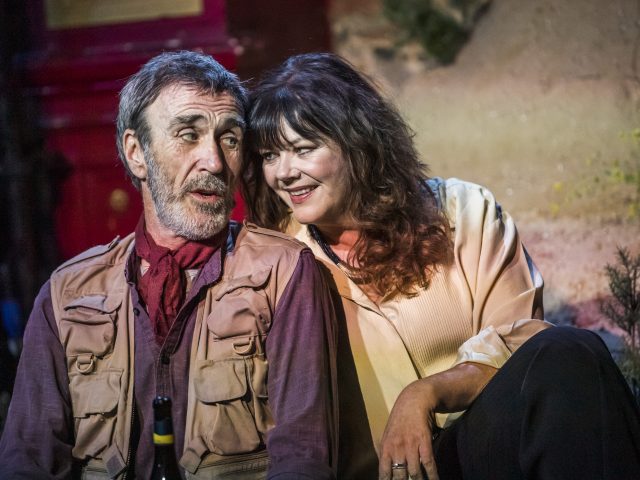 ★★★★ ‘Consisting of one pleasurably intense moment after another’- Theatre Bubble

★★★★ ‘Emotionally raw, and spiked with bitterly black comedy’- The Stage

Josie Lawrence and Joe McGann lead the cast in the first UK production of American literary icon Don DeLillo’s Love-Lies-Bleeding, in a perceptive and surprisingly witty story about a family trying to take death into their own hands.

Set in the sprawling south-western American desert, at the frontier between the man-made and the wilderness, artist Alex Macklin has abandoned his easel to make monumental land art. A second major stroke renders him speechless and motionless. He is kept alive only by feeding and hydration tubes and his desperate fourth wife. Then Alex’s second wife and his only son, who has been online researching ways to end his father’s life, arrive to decide his fate. With jet black humour, profound insight and moving sensitivity, DeLillo discusses one of our most urgent contemporary debates – what does being alive mean?

Don DeLillo, whose work includes White Noise and Underworld, and whose fans range from Salman Rushdie to Kate Tempest, has received awards and nominations for over 40 prizes including the Pulitzer, PEN/Faulkner and Man Booker International Prize. An incisive and almost prophetic thinker about American society, DeLillo’s Love-Lies-Bleeding, written in 2005 long before the public conversation about euthanasia became mainstream, is no exception.

“For me, each of Don DeLillo’s novels are works of monumental genius. In his plays, that genius becomes funnelled down into highly concentrated form. In the case of Love-Lies-Bleeding, the result is a beautifully minimal yet profoundly complex story, packed with a sharp comedy and insight that only DeLillo could write.”  Jack McNamara