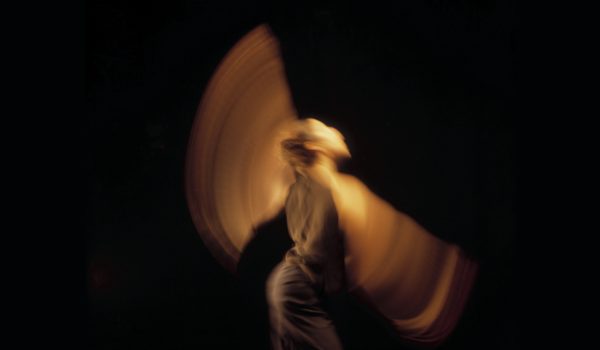 A career-spanning collection of contemporary dance works curated by choreographer Russell Maliphant especially for the intimate setting of Print Room at the Coronet.

maliphantworks will include the contemporary dance classics Two; Afterlight (Part One) and The Wall from The Rodin Project, and One Part II all reunited with their original dancers (including Maliphant himself).

Maliphant performs in One Part II, a solo work he created in 2002.

The international award-winning Dana Fouras dances the electrifying Two, which Maliphant choreographed especially for her in 1997.

Daniel Proietto performs Afterlight (Part One), for which he received an Olivier Award nomination in 2010 and received a Critics Circle National Dance Award.

Olivier Award nominee Tommy Franzen brings his eclectic dance style to The Wall duet, for which he was nominated for a Critics’ Circle National Dance Award in 2013 alongside Dickson Mbi, renowned for his strength and incredible popping style.

Other major, longstanding collaborators of Maliphant will translate his signature works from their usual larger stages and spaces to this unique, intimate venue. Michael Hulls will work closely with Maliphant on the lighting design for the programme, alongside Stevie Stewart who will lead on costume design. Es Devlin’s original set design for The Rodin Project and Jan Urbanowski’s animation for Afterlight (Part One) will be remounted for this production. Music by Andy Cowton, Alexander Zekke and Erik Satie.

One of Britain’s most acclaimed contemporary choreographers.  He is an Associate Artist of Sadler’s Wells and has received many of the highest theatrical accolades over his career, including an Olivier Award, two South Bank Show Awards and three Critics’ Circle Awards. His work is celebrated for its unique approach to flow and energy and an ongoing exploration of the relationship between movement, light and music.

“The dance world would be very much the poorer without Russell Maliphant’s scintillating studies in movement and light…”- The Telegraph, Mark Monahan

Celebrating the 100th anniversary of the Ballets Russes, Sadler’s Wells commissioned four of today’s leading and acclaimed choreographers to create one work each honouring the legacy of impresario Sergei Diaghilev. In the Spirit of Diaghilev features Sidi Larbi Cherkaoui’s Faun, Russell Maliphant’s Afterlight (Part One), Wayne McGregor’s Dyad 1909 and the controversial Eternal Damnation to Sancho and Sanchez by Javier de Frutos. Specially filmed interview content offer viewers the unique opportunity to take a look behind the scenes at the works in rehearsal, as the collaborators share their thoughts on the enduring influence of Diaghilev and the remarkable collaborative spirit of the Ballets Russes. The performances involve collaborations with artists and filmmakers Jane and Louise Wilson, acclaimed composer Nitin Sawhney and costumes by leading fashion designer Hussein Chalayan.

With Russell Maliphant and members of the maliphantworks company talking about the show and their work in contemporary dance.