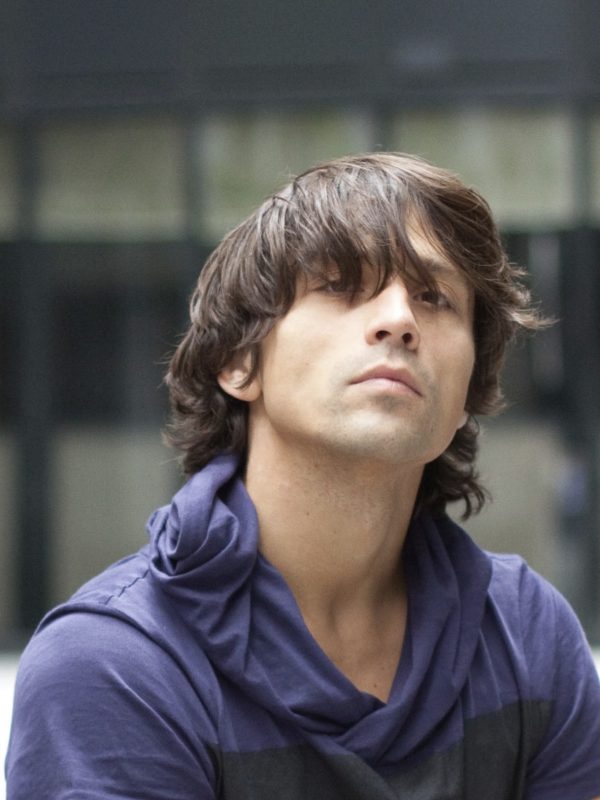 Kirill Burlov’s interactive exhibition seeks to challenge and explore societal preconditioning and assumptions related to gender. What actions are deemed acceptable according to gender stereotypes? Which are questioned if they contradict pre-conditioned beliefs?

Has normalisation of the objectified female form as submissive and vulnerable been accepted in contemporary society? By contrast, has male vulnerability and submission apparently been rejected?

Valerie Solanas argues in her SCUM manifesto that men have ruined the world and it is for women to fix. The dedication of SCUM’s supporters to overthrowing and eradicating the male species prompted a vision for Kirill of Portobello Road 300 years from now: the endangered species – the last four remaining white males – exhibited for the crowd’s entertainment. Unable to survive or provide for themselves they are at the mercy of the witnesses.

Kirill Burlov is a multidisciplinary artist working with video, performance and sound.

He was also an artistic director of Baltic Art Form and Maidstone International Arts Festival. Kirill has a strong background in dance, in his UK he performed with Rambert, Northern Ballet, Royal Opera House, Michael Clark Company also working on the projects with Burst Dance Project, Neon dance, The Cathy Marston Project and English National Ballet.

His creative ventures with Kristaps Petersons mostly resulted with nominations or awards with the latest work “Mikhail and Mikhail playing chess” winning 12 major awards in Latvia.