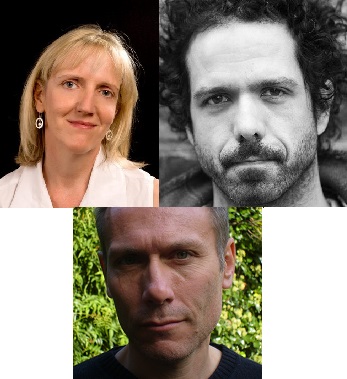 ‘Jean Sprackland’s poems are an uncommon pleasure to read… she deserves to become a household name.’- Kate Kellaway, Observer

‘Wittily alert… The management of tone, is assured and tactful. The indrawn breath of risk, the determination to act, and Sprackland’s humanising sense of comedy are all present’- Sean O’Brien, The Guardian

‘This is a very sophisticated and witty collection, offering small pleasures of recognition on almost every page.’- Literary Review

‘Enter, Fleeing is a masterpiece of mercurial thought, playful and witty, nervy and eclectic. To enter this collection is to experience the fleeing world from within and without.’- Daljit Nagra, poet and Radio 4 presenter

‘Us provides the collection’s title but not Kunial’s last word: the grit that originates and animates his calm and assured-seeming poems is identity, which consists of interestingly twisted strands of connection and disconnection.’- Carol Rumens, The Guardian

‘‘There’s something about the precise, thoughtful, unhurried way in which he interrogates language that marks him out as a unique talent. A real find.’’- Roger Cox, The Scotsman

Our atmospheric candlelit bar plays host to another unmissable evening for anyone who loves modern poetry. Enjoy readings from three celebrated UK poets, before joining them in the bar for a drink, where they will be signing copies of their books.

Jean Sprackland is celebrated for her tactile, transformative poetry which makes the miraculous seem familiar and the domestic other-worldly. Her fifth and latest collection, Green Noise, was published this autumn. ‘Green noise’ is the mid-frequency component of white noise – what some have called the background noise of the world – and these poems listen for what is audible, and available to be known and understood, and what is not. Among her previous books, Tilt was the winner of the Costa Prize in 2007, and her non-fiction book Strands won the Portico Prize in 2012.

Mark Ford is one of the UK’s most distinctive poets. Enter, Fleeing his fifth and latest collection displays Ford’s power to amuse and startle, to move and disconcert. Some poems recreate moments from the poet’s peripatetic childhood in Africa, America, Asia and the Gulf, while others dramatise anarchic or violent encounters with a range of shadowy antagonists.
His most recent volume of essays, This Dialogue of One: Essays on Poets from John Donne to Joan Murray (2014), was awarded the Poetry Foundation’s 2015 Pegasus Award for Poetry Criticism.

Zaffar Kunial is a an acknowledged star amongst a new generation of poets; Us was one of the year’s most anticipated debuts. in 2014 he was published in the Faber New Poets series and was the Wordsworth Trust Poet-in-Residence. He has spoken at most major literature festivals in the UK, and was poet-in-residence at the Ledbury Poetry Festival 2018. He has just been nominated for this year’s TS Eliot Prize. He was born in Birmingham and now lives in Hebden Bridge.

Poetry at the Print Room is supported by The TS Eliot Foundation.