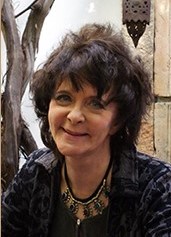 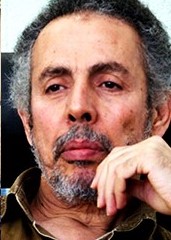 A book of wild and generous imagination from a writer at the peak of her powers, a rich excavation of the truths and mysteries found in grief’- Sarah Westcott, The Poetry School

‘Daring and genuinely innovative work: a unique sense of drama, speed and poetic intensity’- The Guardian

Ruth Padel is Professor of Poetry at King’s College London and Fellow of the Royal Society of Literature. She is a multi-award winning poet and writer, her previous poetry books have been shortlisted four times for the TS Eliot Prize, The Ted Hughes Prize, she has won the UK National Poetry Competition. Her latest collection Emerald is a grief observed: an elegy for her mother on her death at 97. Beautifully carved and cadenced, with sparkles of humour and wit, it is a moving chronicle of value and loss.

‘Here in deep earth, the black
blossom of mourning still sifting within me
I remembered that emerald was my birthstone …’

Fawzi Karim is a major Iraqi poet, writer and painter. Born in Baghdad in 1945, he was educated at Baghdad University before embarking on a career as a freelance writer. He lived in Lebanon from 1969-1972 and has lived in London since 1978. The Ivory Tower, his column on poetry and European classical music has appeared in a number of influential Arabic newspapers and is respected for its emphasis on the transcendent value of art and culture. He has published more than twenty three books of poetry which have been translated to many languages, including French, Sweden, Italian and English. Carcanet published his first selection The Plague Lands and Other poems (2011), and they will also publish Karim’s second selection Incomprehensible Lesson in January 2019.

Anthony Howell is a poet, novelist and translator of Fawzi Karim’s poetry. Plague Lands and other Poems  (2011) was a PBS Recommended Translation, he is the author of versions of the poetry of Imr al Kai and co-translator with Bill Shepherd of Statius: Silvae – a selection (Anvil Press, 2007).  A former dancer with the Royal Ballet and subsequently a performance artist – he founded the Theatre of Mistakes 1974 and he has always been as active in literature as he has in movement.

Poetry at the Print Room is supported by The TS Eliot Foundation.