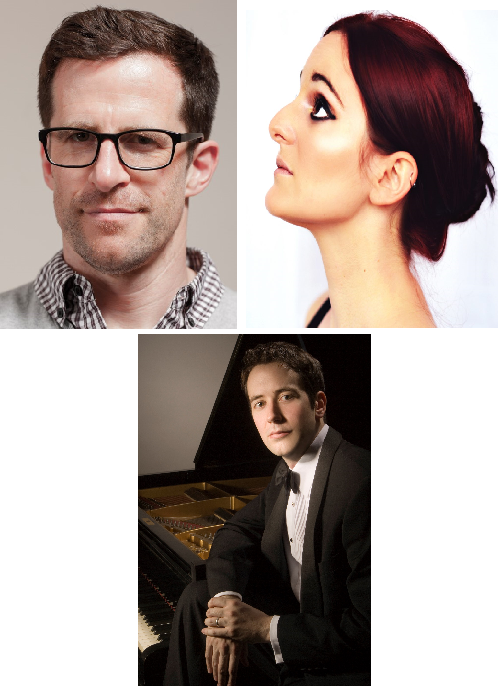 Rhapsody In You: Wrong Songs For Christmas

Everything you ever wanted to say about Christmas but never dared…

The evening will open with Philip Edward Fisher performing a virtuosic rendition of Gershwin’s masterpiece, Rhapsody in Blue. Audience members will then be treated to the world premiere of Richard Thomas’ Rhapsody in You, followed by Wrong Songs for Christmas – a hilarious romp starring Richard and Sooz featuring songs which are everything you always wanted to say about Christmas but never dared!

Richard Thomas is an Olivier and Rose D’Or winning composer and writer and is best known for writing and composing Jerry Springer: The Opera, which was the first-ever musical to win all four British ‘Best Musical’ awards. The show ran for 609 performances in London (National Theatre, Cambridge Theatre) and a UK national tour and continues to be performed regularly around the world including notable productions off-Broadway, and at Carnegie Hall, and the Sydney Opera House, Australia. Other notable credits include the libretto for hit opera “Anna Nicole” (Royal Opera House/BAM New York), the lyrics to “Made in Dagenham” (Adelphi West End), songs for twice Emmy-nominates “Tracey Ullman’s show” (BBC1 and HBO), Shoes (Sadler’s Wells/West End) and five half hour BBC2 Musicals, “Kombat Opera Presents..”. (Winner of two Rose d’Or awards).

Philip Edward Fisher is recognized widely as a unique performer of refined style and exceptional versatility. He has appeared across Europe, Asia, Africa, and North and South America. He has performed Concerti with the Royal Scottish National Orchestra, the Copenhagen Philharmonic, the Tampere Philharmonic, the Cabrillo Festival Orchestra, and the Symphonies of San Antonio, Toledo and the Juilliard School, working with conductors Hannu Lintu, John Axelrod, Sebastian Lang-Lessing, Cristian Macelaru, Larry Rachleff, James Lowe and Giordano Bellincampi. He records for the Naxos and Chandos labels. He holds degrees from the Juilliard School and the Royal Academy of Music, where he was recently elected an Associate in recognition of his contribution to the music industry.