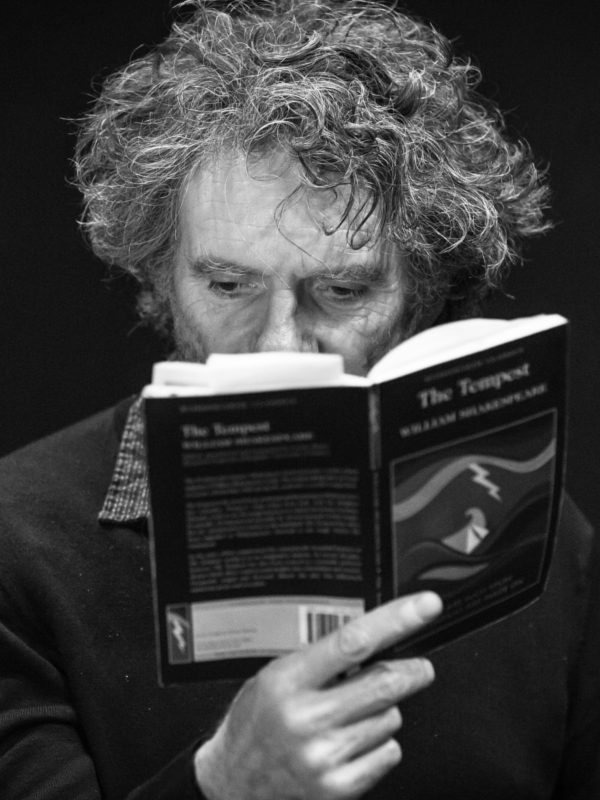 To accompany our current production of Shakespeare’s The Tempest, director Simon Usher and contemporary British novelist, poet and playwright Maureen Duffy will join us for a panel discussion in the Stalls Bar to explore whether Shakespeare’s works are better read or seen.

Simon Usher
Simon has directed widely in the UK. For the Print Room he has directed The Dead Dogs and Ivy & Joan. Recent productions include CHORALE: A Sam Shepard Roadshow (Pleasance / UK Tour), The Complaint (Hampstead Theatre), Splendid Isolation (Edinburgh Festival), and If So, Then Yes, NF Simpson’s final play (Jermyn Street). Other credits include Tamar’s Revenge, King Baby (RSC), The World’s Biggest Diamond, Black Milk, Mother Teresa is Dead, Herons(Royal Court), Sing Yer Heart Out For The Lads (National Theatre), The Evil Doers, Pond Life, Not Fade Away, The Mortal Ash, All of You Mine, Looking At You (Revived) Again, Wishbones, Card Boys (Bush Theatre), Holes in the Skin, Mr Puntilla and His Man Matti (Chichester Festival Theatre), Great Balls of Fire (Cambridge Theatre, West End), No Man’s Land(English Touring Theatre) Burning Everest, Exquisite Sister (West Yorkshire Playhouse). He has been Artistic Director of The Belgrade Theatre, Coventry (many productions, including Hamlet and Waiting For Godot), Associate Director of Leicester Haymarket (numerous productions, including Timon of Athens, Pericles, The Winter’s Tale and French Without Tears) and Literary Manager of the Royal Court.

Maureen Duffy
Maureen Duffy is a notable contemporary British poet, playwright and novelist. She is the author of 34 published works of fiction, including 9 collections of poetry, non-fiction, and 16 plays for stage, screen and radio; she is a fellow of the Royal Society of Literature and of King’s College London, and a Vice President of the Royal Society of Literature, as well as President of Honour of the British Copyright Council and the ALCS, and a CISAC gold medallist. She was recently awarded a D. Litt by Loughborough University for contributions to literature and equality law reform.