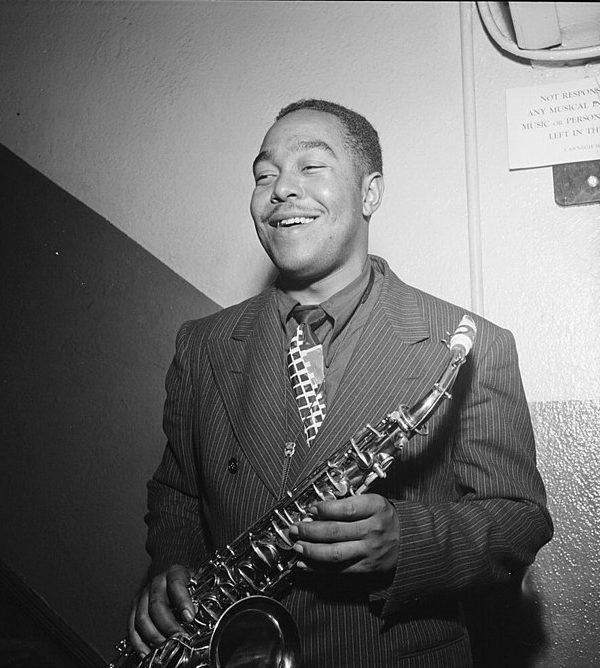 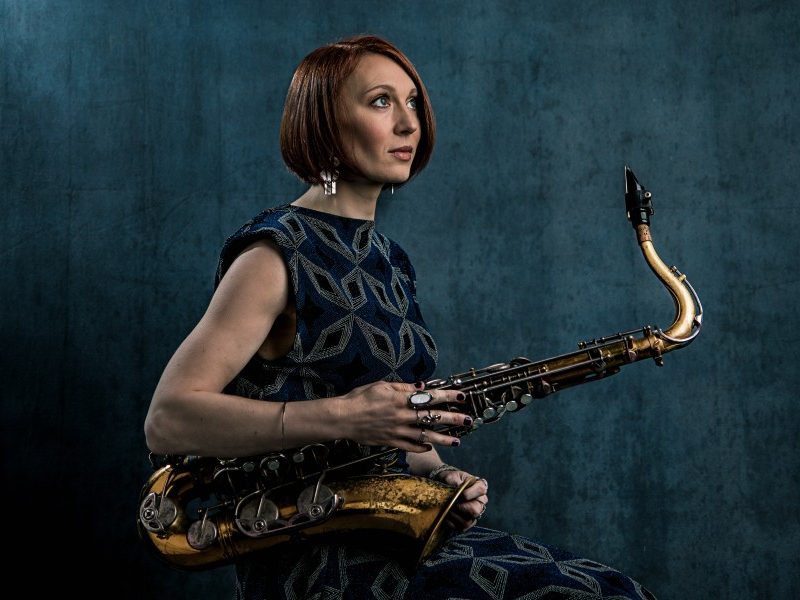 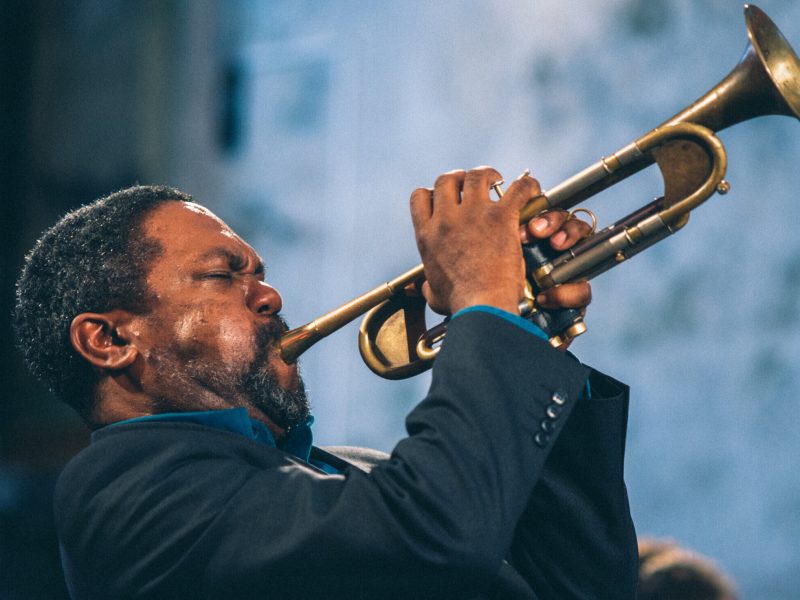 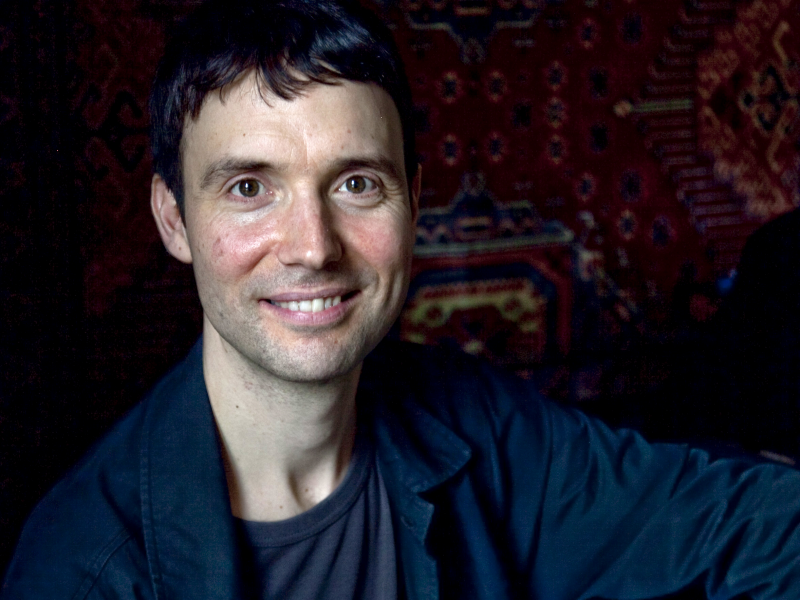 The Trinity Laban Jazz Orchestra presents an evening celebrating and exploring the work of Charlie Parker. A showcase of improvisation and instrumental talent in tribute to one of the great transforming figures of twentieth-century music, and the history of jazz. The 13-piece ensemble presents new arrangements and re-inventions of Parker’s music casting a thrilling light on the origins of the music while making their mark on it.

Charlie Parker was one of the great transforming figures of twentieth-century music, and the history of jazz is inconceivable without him. Like Armstrong, Beethoven, or Schoenberg, Parker was one of those ultra-rare originals in which a tradition’s past, present, and future merge. The ensemble explores his music from a contemporary composition and collective playing perspective. Featuring new arrangements and re-inventions of Parker’s music created especially for this line-up by Hans Koller, Trinity Laban’s Head of Jazz, written during the lockdowns of 2020, the centenary year of Parker’s birth. This performance will showcase the improvisational and instrumental talent and prowess of Trinity Laban’s current students side by side their tutors and band leaders Morgan Wallace, Hans Koller, and Byron Wallen.

OTHER SET available on 15 JUN

Hans Koller
Hans Koller was born into a musical family, his father was a jazz-loving Lutheran pastor, his mother a music teacher and his four sisters all played instruments.

Growing up in rural Bavaria, Koller first came into contact with jazz musicians in his teens while attending jazz summer schools run by Brian Abraham’s District Six in Ingolstadt.  In 1991 he came to England, first to Middlesex University where he majored in composition, then at the School of Oriental and African Studies (SOAS) where he obtained a masters degree in Ethnomusicology.

Koller started playing in bands with saxophonist Stan Sulzmann and trumpeter Chris Batchelor and went on to form his own group, Neverland, with bass player Dave Whitford, saxophonist Rob Townsend and drummer Stuart Laurence.  This group was augmented into a nine-piece outfit for Koller’s début album Magic Mountain (1997), which established him as one of the leading new jazz composers in the UK.  Three years later he won the JOEY award for composers organised by Eastern Arts, and subsequently was awarded major commissions by Birmingham Jazz and by the Freden International Music Festival.  In 2001 he released Lovers and Strangers, an album featuring his trio alongside the harpist Helen Tunstall, the singer Christine Tobin and the percussionist Corrina Sylvester.

His next album, New Memories (2002), was hailed as “the most expansive, expressive and exciting new jazz orchestral sound to have emerged in this country since the late-lamented Loose Tubes” by John Fordham in The Guardian.

Over the next decade Koller worked on refining his sound, writing for Steve Lacy (London Ear), working in large group contexts with Evan Parker, and with Kenny Wheeler and Bob Brookmeyer, performing and recording with the NDR Bigband (Scenic Routes), as well as playing piano in various groups led by Mike Gibbs (including a tour of England in 2007 alongside Steve Swallow, Bill Frisell and Adam Nussbaum).

Subsequently, Koller produced a number of significant outputs of his own music including performances with Phil Woods and the BBC Big Band, a project with Dave Liebman, writing for the WDR Big Band with Gerard Presencer, a project with the HR Big Band, and, in 2009, an album with Bill Frisell and Evan Parker (Cry, Want).  Koller had by then begun to focus on valve trombone, inspired by a 2006 study/stay at Bob Brookmeyer’s house, and started a fruitful small band partnership with drummer Jeff Williams, and bassist/trumpet player Percy Pursglove.  He recorded quartet albums for Babel (Chasing the Unicorn), with Paris-based Canadian saxophonist François Théberge, for Evan Parker’s PSI label with the legendary German saxophonist Gerd Dudek (Day and Night), and in 2011 started forming a formidable creative partnership with NYC altoist John O’Gallagher.  On their first meeting, Koller and O’Gallagher were memorably described by John Fordham in The Guardian as “two heavy weight theoreticians fizzing with jazz heat”, and the pair went on to work regularly, producing two BBC Radio 3 broadcasts, performances and recordings in both large ensemble and quartet contexts, and collaborating in a 2015 commission from Jazzlines to write for the renowned BCMG (Birmingham Contemporary Music Group).

Koller’s most ambitious work, his 2016 triple vinyl release Retrospection (on Stoney Lane Records) brought together over 30 of the world’s leading jazz musicians, including Steve Swallow, Jakob Bro, and the NDR Bigband.

Josephine Davies
Winner of the 2019 Parliamentary Award ‘Jazz Instrumentalist of the year’, Josephine Davies is a musical artist at the forefront of the UK contemporary music scene, pushing the boundaries of jazz with her current main artistic project Satori – a sax/bass/drums trio with an emphasis on extended and collaborative improvisation. It is a project that combines her seeking of freedom of expression with her interest in Japanese philosophy and lifestyle.

Now becoming equally known as a composer, her unique voice is a blend of classical, jazz and folk music, creating an intensely dynamic sound infused with the Nordic quality of her Shetland roots. Deeply influenced by the American composer Maria Schneider, Josephine was resident composer and tenor player for the London Jazz Orchestra from 2011-2016, and now has her own big band ‘The Enso Ensemble’.

As a saxophonist she is known for her melodic focus, versatility and unique style which has been described as “consistently inventive” (Jazzwise Magazine), “strong and authoritative” (The JazzMann) and “with winning immediacy” (MOJO Magazine).