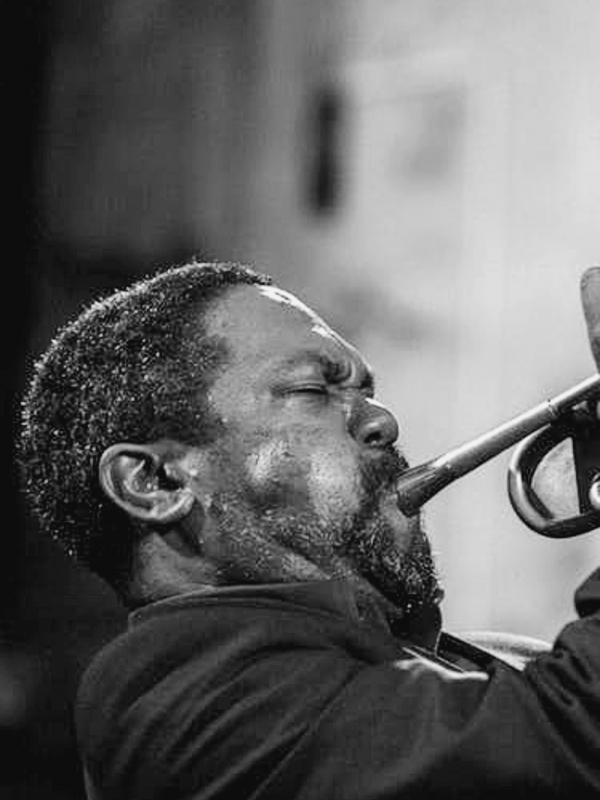 Byron Wallen will be joined by his highly acclaimed band to play music from his 2002 album Indigo. Inspired by the deepest parts of the Central African rain forest the work explores ‘the influence of various strands in evolution of black music… the effect is mesmeric’ (Jazz UK).

Prior to the gig, Byron Wallen will be showing a screening of Tom Parsons’ film Revelations In Small Steps (which shares its title with Indigo’s forthcoming live album). Completed 13 years after the first shoot – a gig Indigo played at The Crypt in Camberwell – explores the evolution and blossoming of the quartet. Using interviews, archive video and live clips, the film tells a story of friendship and the search for a new shared language of music inspired by the vision of the band’s founder, Byron Wallen.

Indigo (2002)
Through an Afro-American heritage of more than three hundred years, jazz was born of blues, spirituals, children’s lullabies, ring games, work songs and other sounds of American culture. The blues and the spirituals belong to an older indigenous music whose sound can be heard from all corners of the globe. Music as a reflection of environmental and biological sounds has always been a vital part of human existence.

Indigo is the timeless sound of this existence. The cohesive blend of trumpet, baritone saxophone, bass and drums weave complex rhythms with flowing melodies to evoke sounds of the soul. The inspiration for the music comes from the deepest parts of the Central African rain forest, the remotest parts of Papua New Guinea and Indonesia, the early music of Europe as well as the more obvious influences of jazz, funk, drum and bass and blues. Indigo is a colour, an experience and many moods.

OTHER SET available on 16 JUN

Larry Bartley
Larry studied music theory under Laurence Canty (author of How to Play Bass Guitar) at University of London, Goldsmiths College from 1988 to 1991. In 1992 he switched to double bass and began touring with Jean Toussaint and Courtney Pine. In 1997 he was involved in the theatre productions Unforgettable – The Nat King Cole Story and Grapevine – A Celebration of Soul Music. Since then he has joined bands led by Ciyo Brown, Caroline Taylor and Cameron Pierre. Larry has recorded with Cameron Pierre, Alex Wilson and Mercury Award nominee Denys Baptiste.

Tom Skinner
Tom Skinner started playing the drums at the age of nine and studied at W.A.C. in North London with Ian Carr for three years. He also attended many Jazz summer schools in this period. He has performed with Stanley Turrentine, Martin Speake, Romanian saxophonist Nicolas Simion and Croatian trumpeter Dusko Goykovich.

Tony Kofi
In 1988 Tony Kofi won a scholarship to study at Berklee College of Music. Following this, Tony moved to London where he played with Gary Crosby’s Nu-Troop. Tony then worked with Digable Planets, Us3, UB40, David Murray and Eddie Henderson. He is in much demand as a saxophonist and is also a powerful composer.