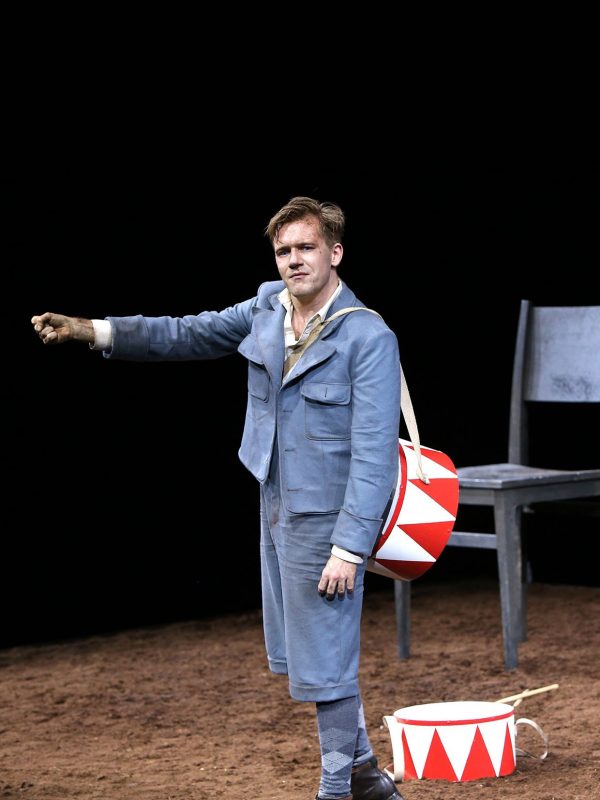 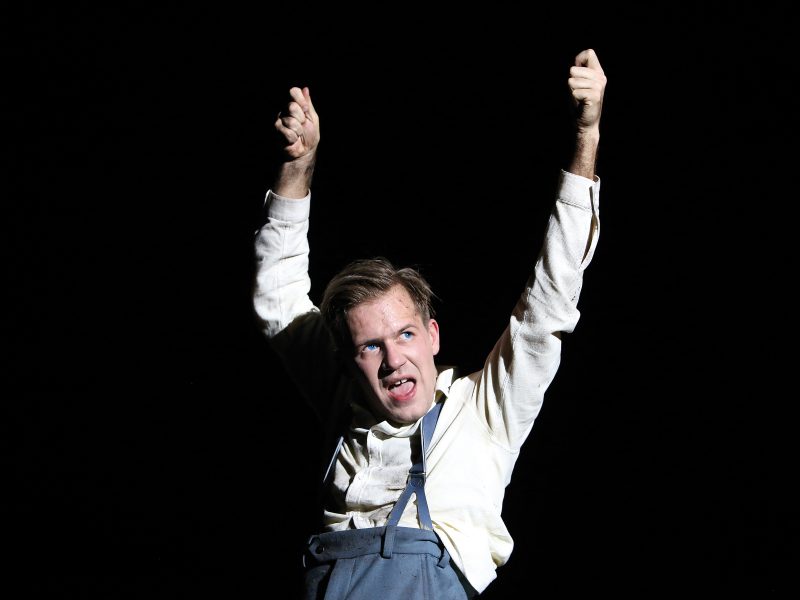 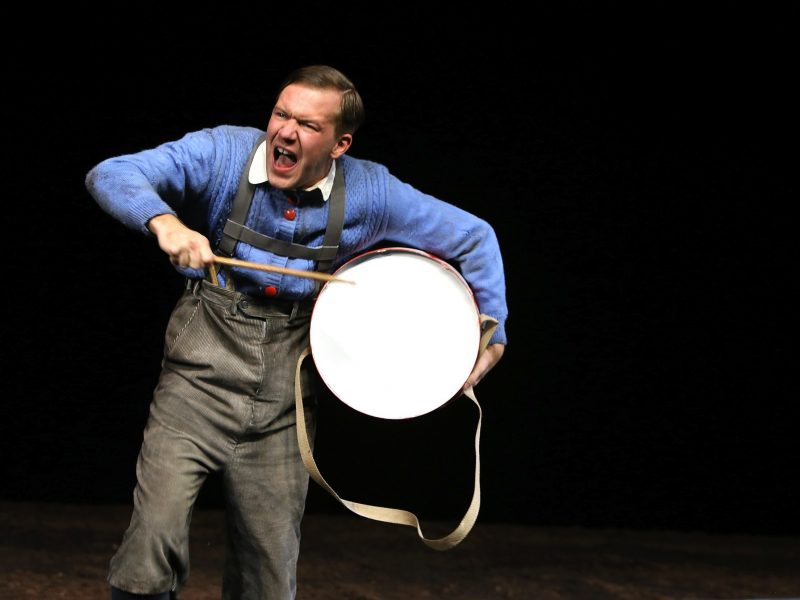 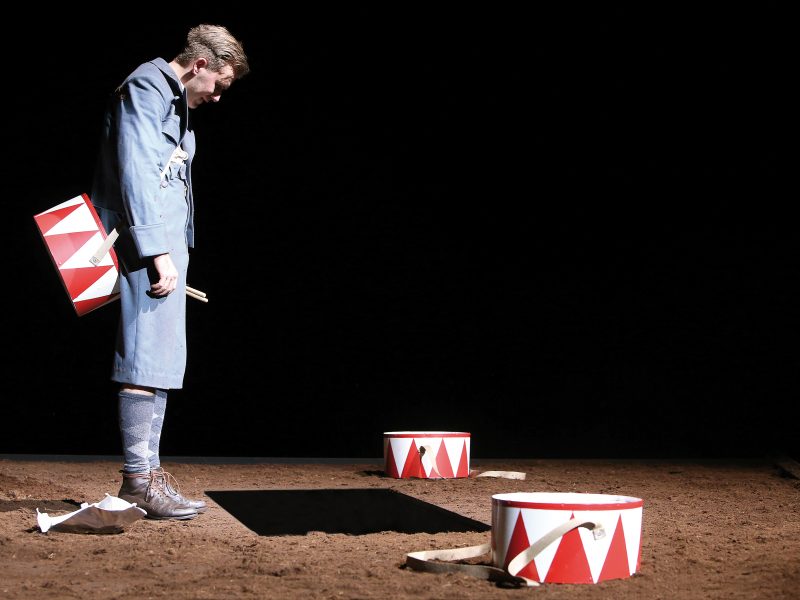 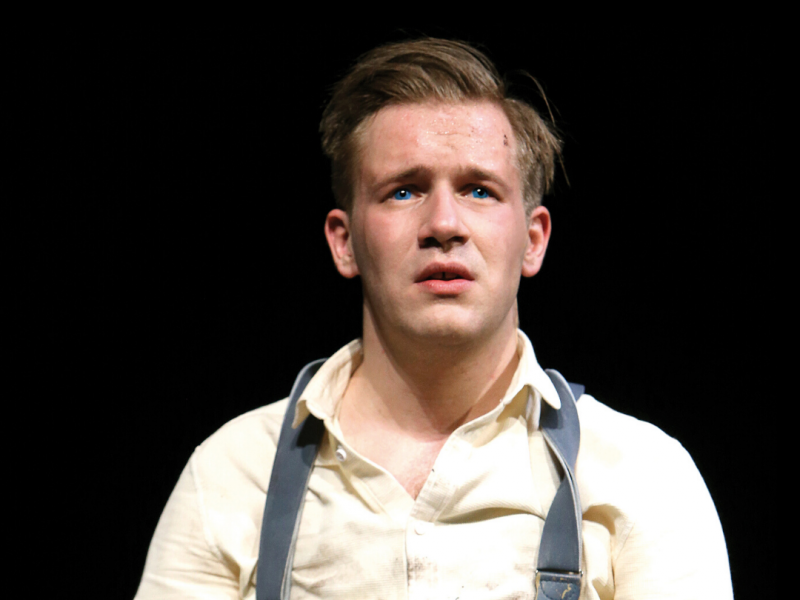 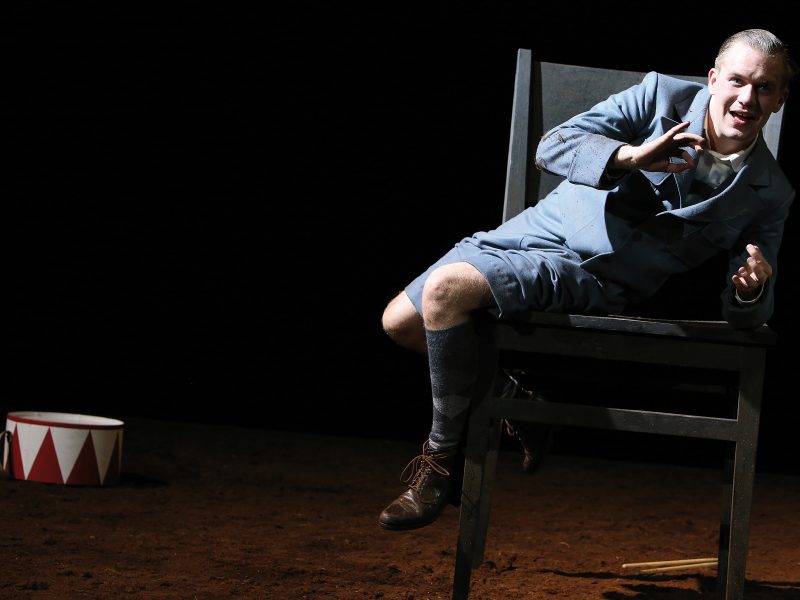 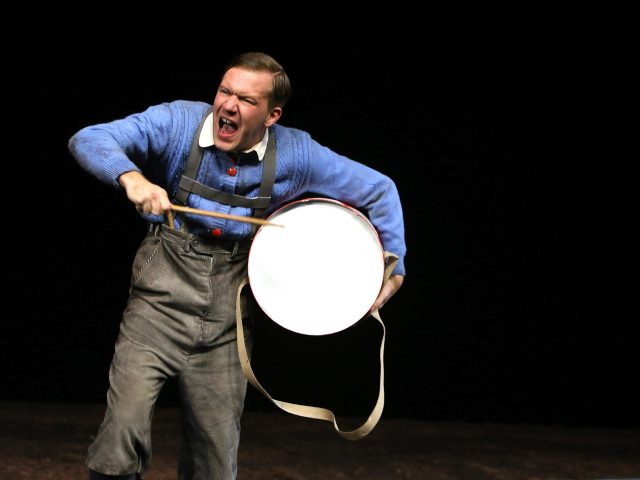 This event is now SOLD OUT

“Holonics brings Grass’s epic to life on a scale that seems at once vast and intimate.”  – New York Times

For five performances only, The Coronet Theatre is delighted to present the Berliner Ensemble’s production of The Tin Drum by Nobel-Prize winning novelist Günter Grass. Directed and adapted for the stage by their Artistic Director Oliver Reese, this is the Berliner Ensemble’s first visit to the UK since 2006. Grass’ world-famous story is told in a solo performance by actor Nico Holonics, presented in German with English surtitles.

Oskar is barely born when he recognises the world to be a universal disaster – and rejects it entirely. The world he is tossed into is experiencing the dawn of the National Socialist regime, with scant opportunities for a growing boy to thrive. Only when his mother promises to give him a tin drum does an acceptable prospect for survival unfold: the life of a drummer – and an observer.

Berliner Ensemble is one of the most renowned and long-standing theatres in Germany. Named after Bertolt Brecht’s world-famous company, it is part of theatre history.

1 hr and 50 mins without interval

In German with English surtitles

1 hr and 50 mins without interval

In German with English surtitles

Supported by The Goethe-Institut London