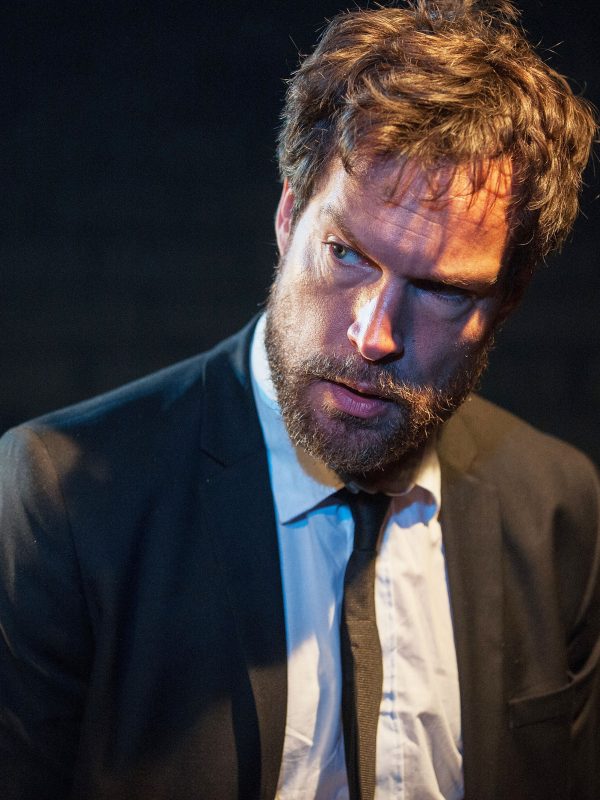 Thom Pain (Based On Nothing)

“It’s sad, isn’t it? The dead horse of a life we beat, all the wilder, all the harder the deader it gets. On the other hand, there are some nice shops in the area.”

Thom Pain has come to a certain point in his life. Maybe you have too.

His entire existence is ordinary; but his ordinariness is a revelation and a wonder and a curiosity. To him at least. He’d better hope so. It’s all he has.

(Except maybe a dictionary and an old love letter.)

Comic and disturbing, this provocative monologue charts one man’s anguished journey from shattered childhood dreams to the tenuous optimism of adulthood, told in dangerous intimacy by a voice loaded with wry humour and deceptive charm.

A surreal but touching exploration of death, rejection, love and fear, where Thom Pain questions as much as he reveals, yet affirms life’s worth through a realization of its unpredictable splendours amid its predictable mediocrities.

Receiving the highest acclaim in both London and America, where the Telegraph declared “it’s hard to imagine more dazzling writing on any stage” and the New York Times dubbed Will Eno “a Samuel Beckett for the Jon Stewart generation”, Thom Pain (Based on Nothing) was first performed in 2004 at the Soho Theatre before transferring to Broadway where it was a finalist for the 2005 Pulitzer Prize for Drama.