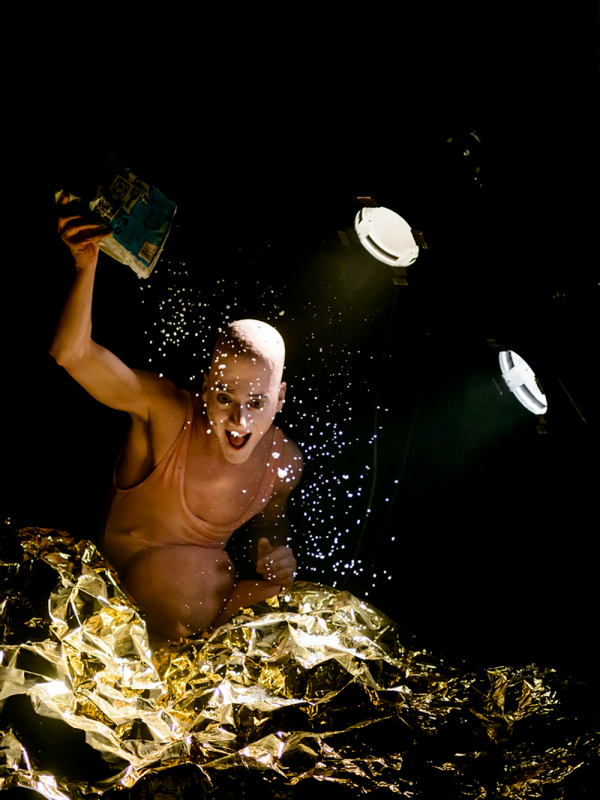 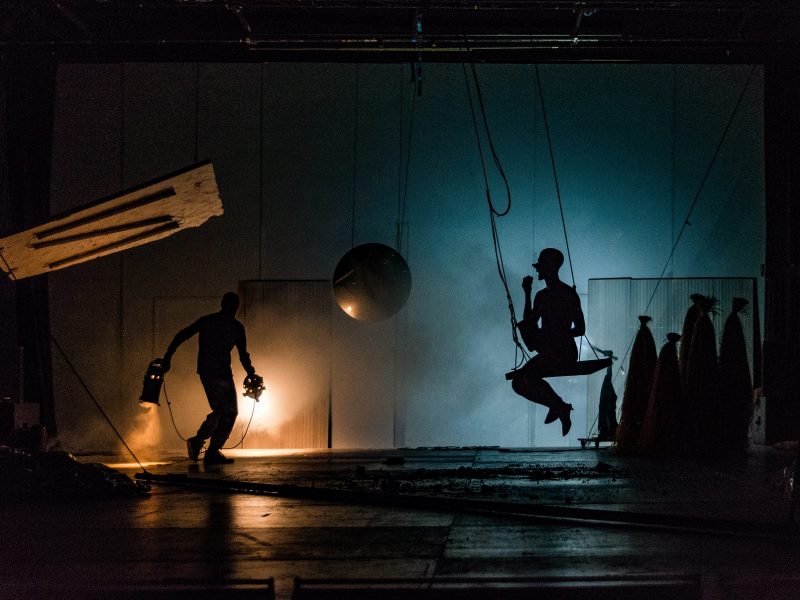 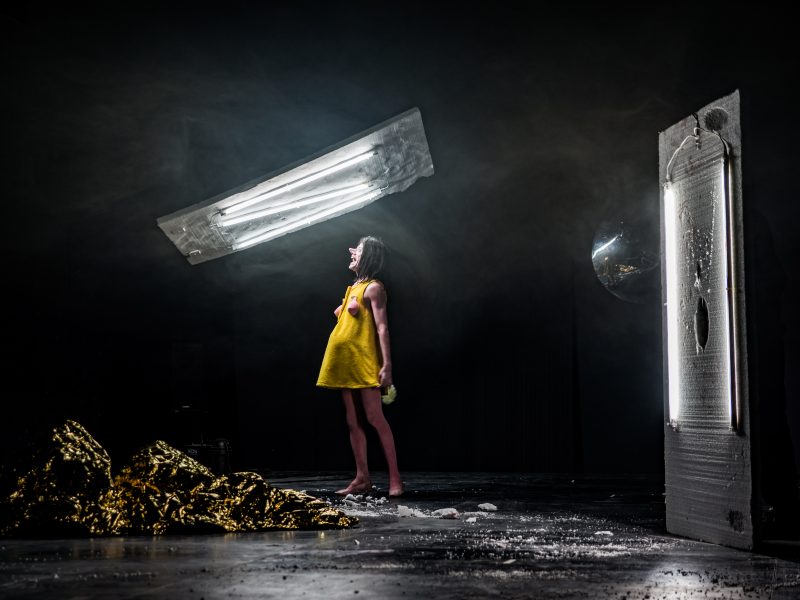 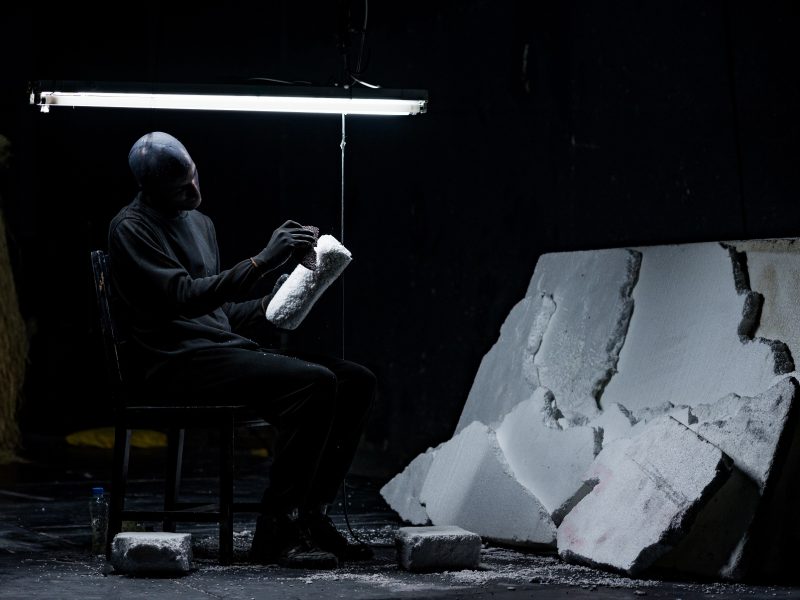 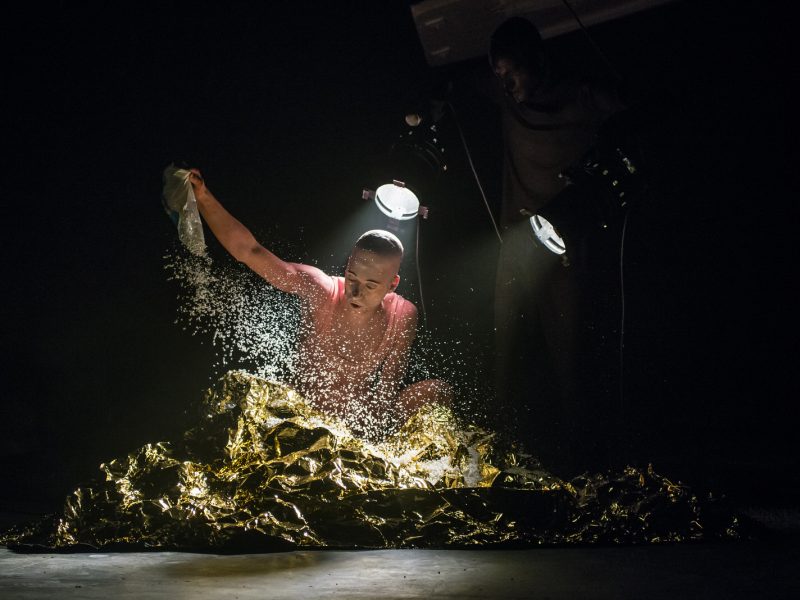 Inspired by Greek mythology, TITANS is a bold and absurd fable blending dance and performance art by daring and acclaimed choreographer Euripides Laskaridis.

Before the world’s beginning, two solitary beings live between darkness and light, playing a never ending game with no apparent purpose. A grotesque spectacle, two performers shapeshift as they interact, blending chaos with elegant movement. Eccentric, iconoclastic and existential, TITANS dissolves the boundaries of performance, interrogating the parameters of our rational world.

Renowned Greek choreographer Euripides Laskaridis celebrates the undefinable. A visionary of the Theatre of the Absurd, his work has toured the world presenting endlessly inventive, dreamlike worlds to his audiences.

Euripides Laskaridis, a Greek director and performer, studied acting in Athens at the Karolos Koun Art Theatre, and directing in New York at Brooklyn College on an Onassis Foundation Scholarship. Since 1995, he has been performing and collaborating with directors such as Dimitiris Papaioannou and Robert Wilson. In 2016 he was awarded the Pina Bausch Fellowship and spent three months alongside director and choreographer Lemi Ponifasio, observing closely his work and practices. In 2000 he began directing his own work, which includes staged and site-specific performances, as well as award-winning short films. Euripides’ artistic universe is primarily inspired by the elements of ridicule and transformation, while his work and research may be met at the intersection of theatre, dance, and the visual arts.

In 2009, he founded OSMOSIS, a performing arts company that offers him the space to collaborate with a diverse group of artists that share a similar artistic vision. Euripides and OSMOSIS have been invited to present their work in major theatre venues and festivals around the world, including the Athens Epidaurus Festival in Greece, Théâtre de la Ville in France, Julidans in the Netherlands, the Hong Kong Arts Festival, Festival TransAmériques in Canada, Lyon Biennale de la Danse, and more. Apart from his performing activities, Euripides has been invited by different institutions and drama schools around Europe to organize and lead workshops, sharing his artistic practices.

For a full list of credits, please lick here

£20, £25 standard (£40 offer for BAND A tickets to both TITANS and BLIND when booked together)

£20, £25 standard (£40 offer for BAND A tickets to both TITANS and BLIND when booked together)