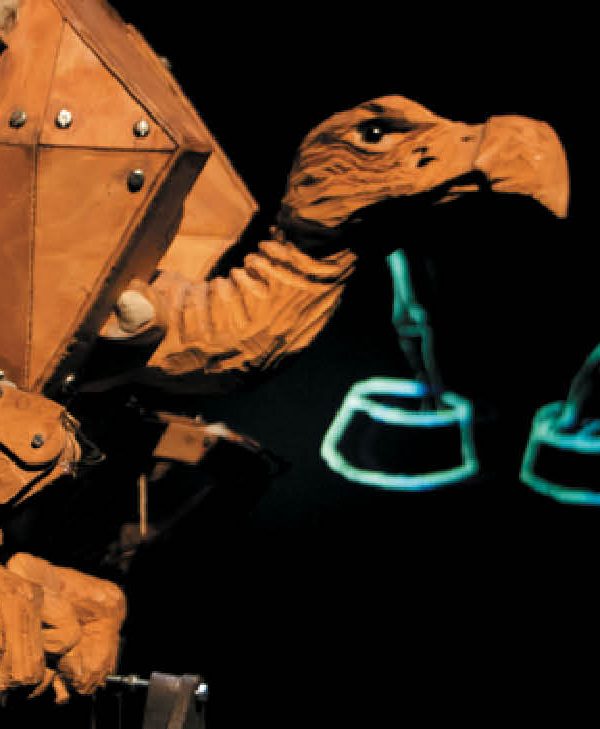 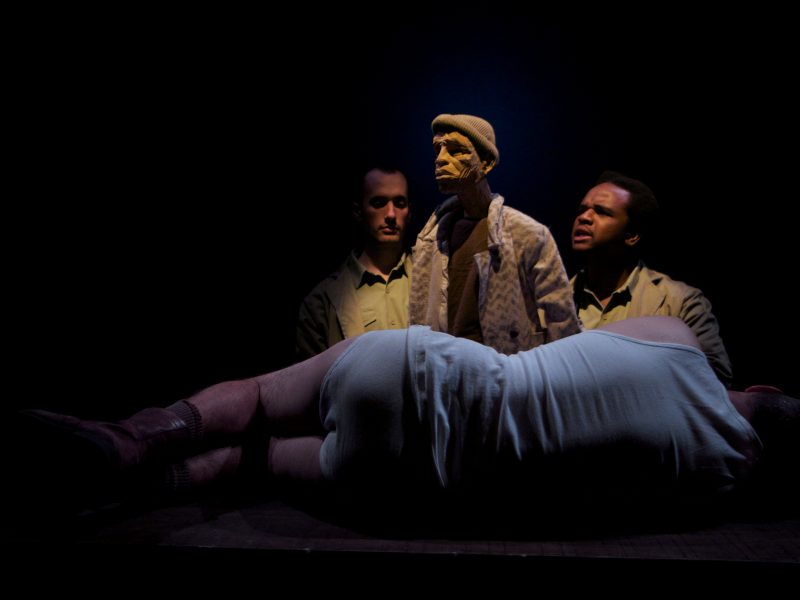 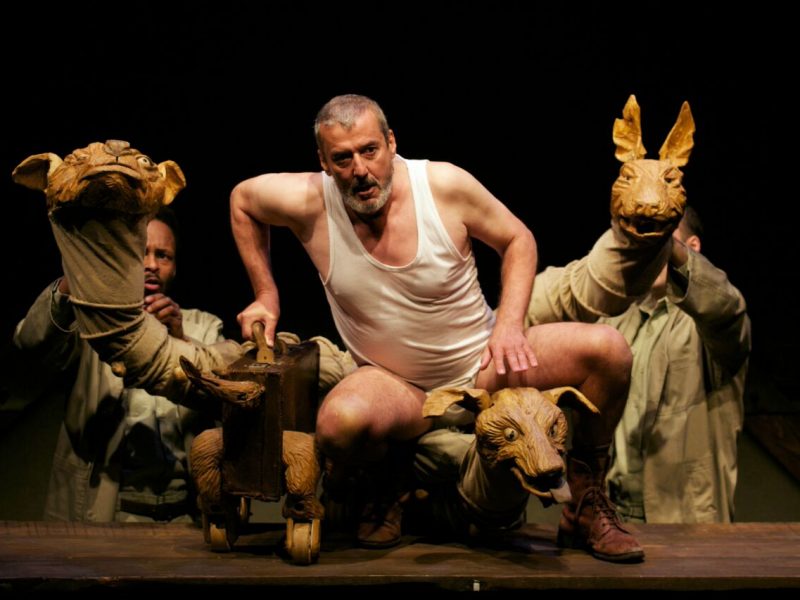 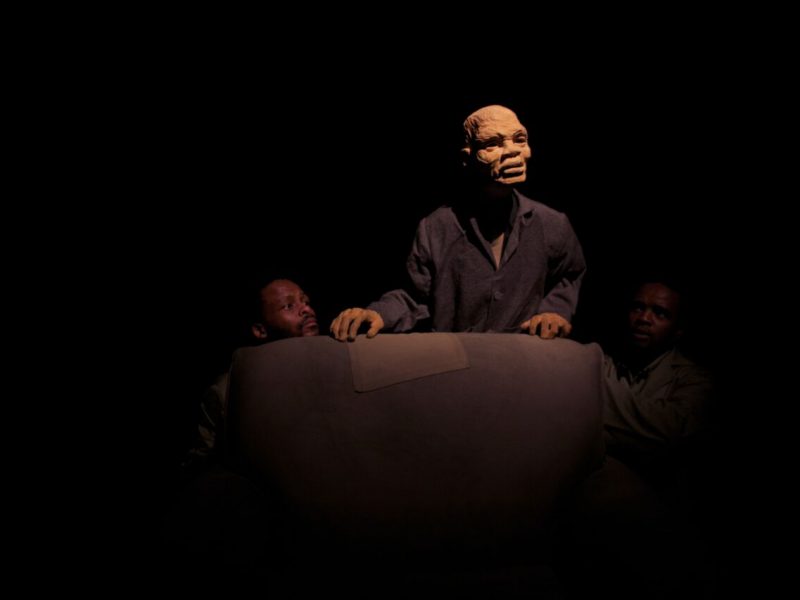 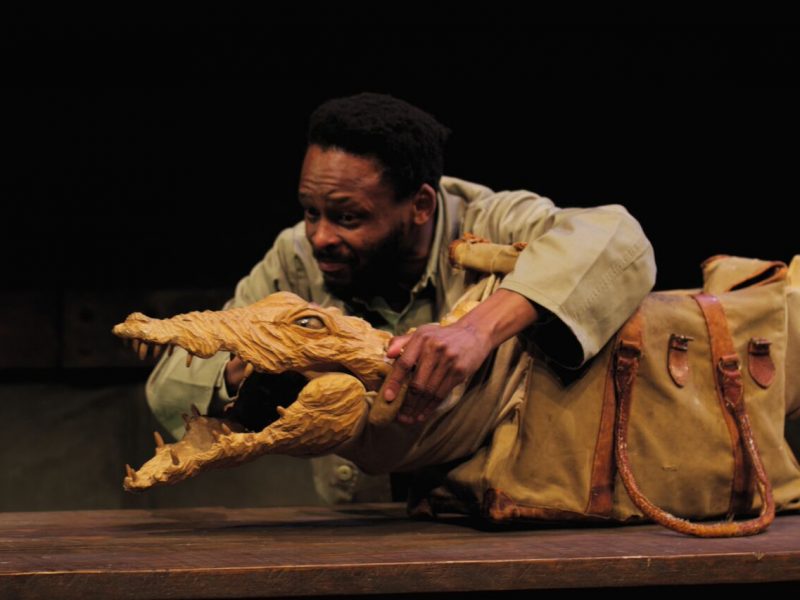 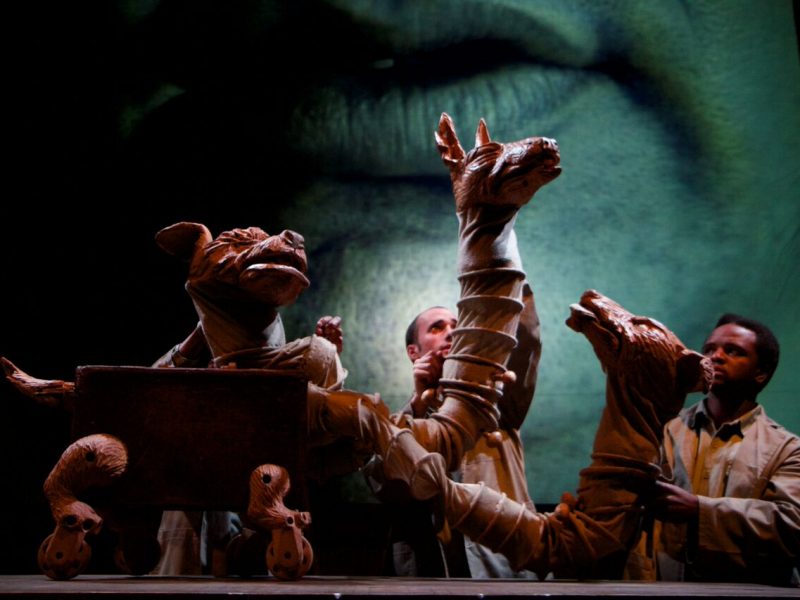 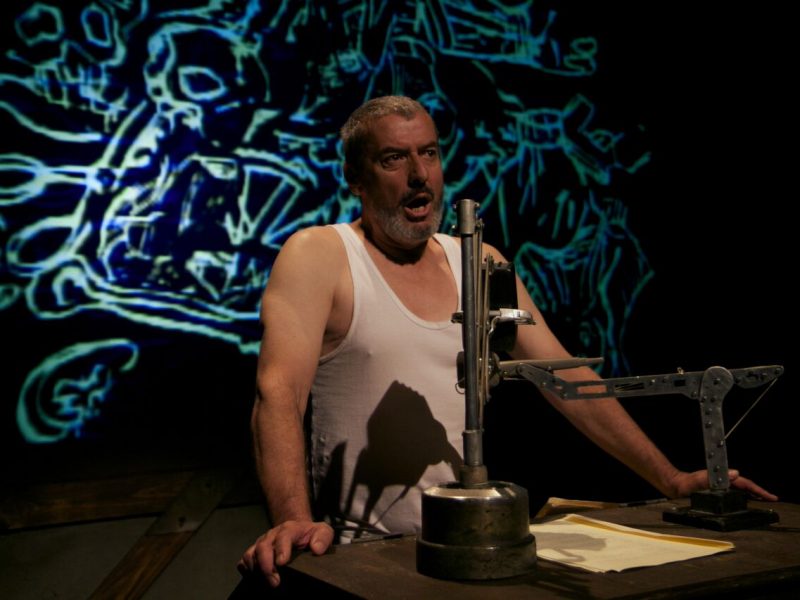 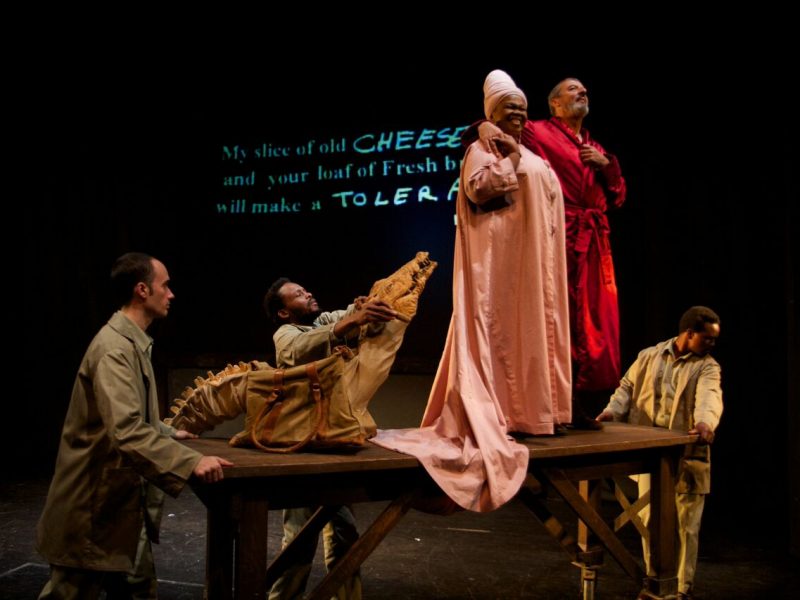 Ubu And The Truth Commission

In association with Quaternaire.

‘Something to wonder at’ – Carole Woddis, Reviews Gate

‘Both anarchic and blackly funny’ – Marianne Gray, The South African

Print Room at the Coronet is delighted to host, all the way from South Africa, the internationally-renowned Handspring Puppet Company, presenting their highly acclaimed production of Ubu and the Truth Commission, directed by William Kentridge.

Premiered in South Africa in 1997, and subsequently performed internationally, Ubu and the Truth Commission was revived last year in Edinburgh to mark the 20th anniversary of democracy in South Africa. Poignant testimonies that once formed part of the Truth and Reconciliation Commission hearings are given by characters played by Handspring’s puppets, and this metaphorical tale of marital betrayal affords glimpses into the devastating complexities of apartheid.

With its dark and sardonic wit, Ubu and the Truth Commission combines puppetry, live performance, music, animation and documentary footage. The play draws on both the historical archive of the hearings of South Africa’s Truth and Reconciliation Commission and on Ubu Roi, the licentious buffoon created in 1888 by the youthful French playwright, Alfred Jarry. Pa Ubu represents instruments of Apartheid violence as policemen, assassins, spies and politicians for whom torture, murder, sex and food are all variations of a single gross appetite.

The piece will be directed by William Kentridge, one of South Africa’s greatest artists and film-makers, internationally acclaimed for his drawings, films, theatre and opera productions, and a frequent collaborator with the Handspring Puppet Company.

“What has engaged me as I have followed the Commission, is the way in which individual narratives come to stand for  the larger national narrative. The stories of personal grief, loss, triumph and violation now stand as an account of South Africa’s recent past” – Jane Taylor

About Handspring
Based in Cape Town under Artistic Director Adrian Kohler, Handspring Puppet Company, has explored the boundaries of puppet theatre for three decades, and their work has been presented in more than 30 countries. The company has created puppets for 18 theatrical productions, and their creations have been seen in 55 cities around the world. The phenomenal success of the National Theatre’s production of War Horse firmly established Handspring as one of the most important theatre companies in the world through its use of finely crafted puppets within a live theatrical context.

We are delighted to be able to offer this exciting pre-show talk free of charge.