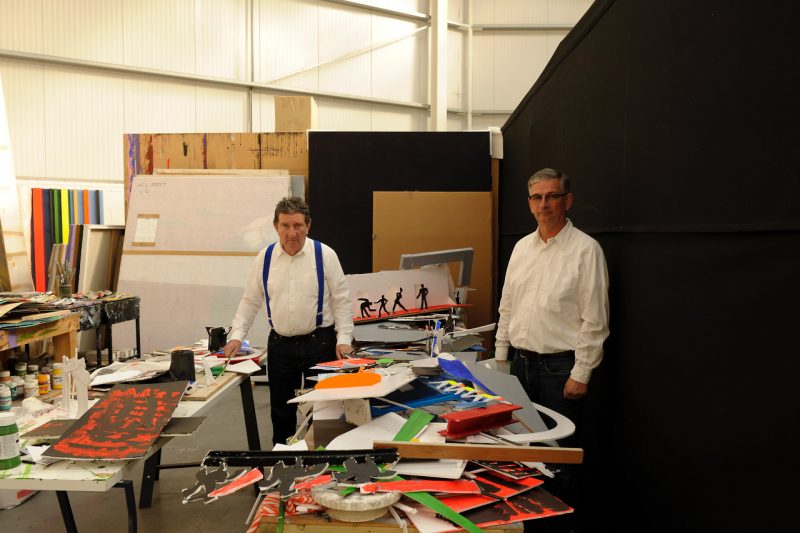 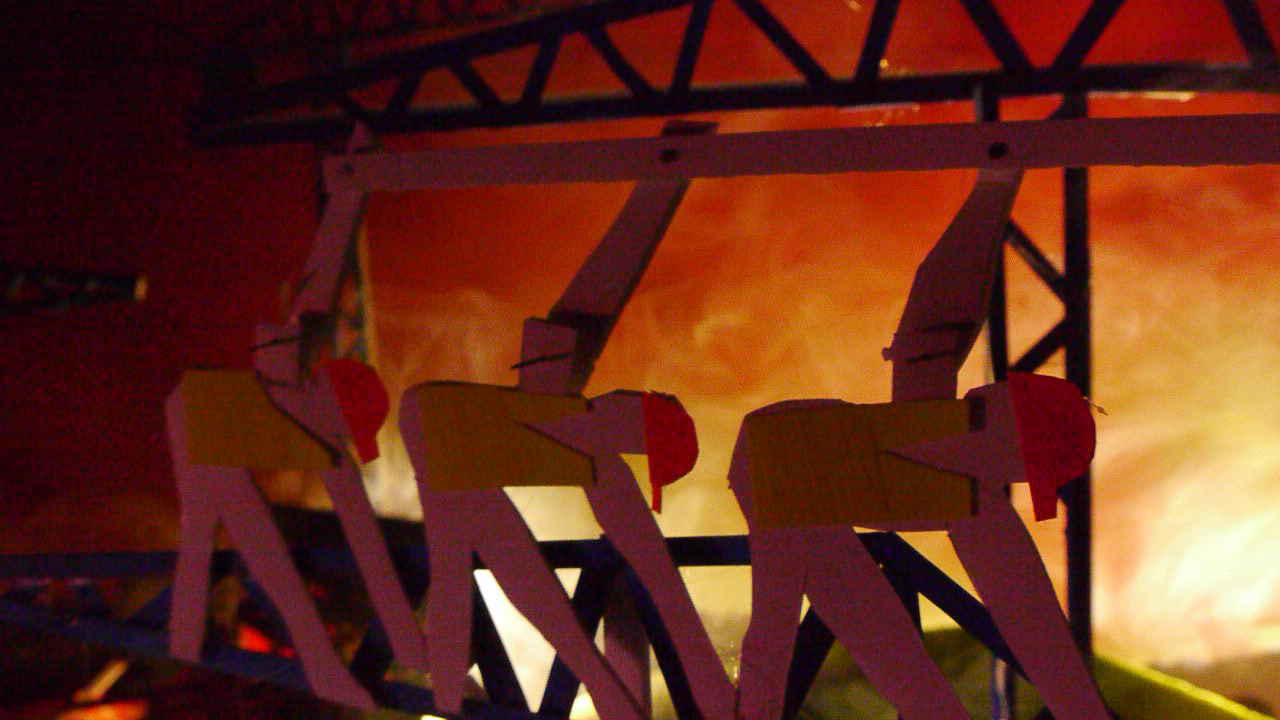 Bruce McLean is one of the most important figures in British contemporary art. He has worked with sculpture, film, paintings, printmaking, photography and ceramics, not to mention his live work. In the 1960s he abandoned conventional studio production in favour of impermanent sculptures using materials such as water, along with performances of a generally satirical nature directed against the art world.  In 1985, McLean won the John Moores Painting Prize. Since retiring from his professorship of painting at the Slade School of Art, he has taken on a studio in west London where he has been making increasingly large paintings and sculptural film works. You can currently see a retrospective of his work at Bernard Jacobson Gallery.

Here, among other things, Bruce discusses what we can expect from his new film created with his long-time collaborator, Gary Chitty, titled The Decorative Potential of Blazing Factories. More than thirty years since it was conceived, this unique ‘cardboard catastrophe’ about art, ambition and a desire for infamy, is premiering exclusively at The Coronet Theatre from 19 -22 Jun.

You interviewed yourself at Frieze London in 2014 (and then again in 2017 at Tate Modern) and finished off by quoting Oscar Wilde who said: ‘Art is the only serious thing in the world. And the artist is the only person who is never serious.’ – could you elaborate on that?

Wilde has had a big influence on me and my work, particularly his poem in prose The Artist. The statement: ‘Art is the only serious thing in the world. And the artist is the only person who is never serious’ is quite difficult to elaborate on, as it’s sort of self-explanatory.

You are often defined as an action sculptor, and have also worked with film, printmaking, photography, painting, collage, drawing, ceramics and live work. Do you have a favourite medium at the moment?

I am an action sculptor. Jackson Pollock was an action painter. Johnnie Ray was an action singer. I have used many mediums to investigate sculpture from impersonation to ventriloquy, trying to push the boundaries of what sculpture is and can be. My favourite medium is live action, dance. 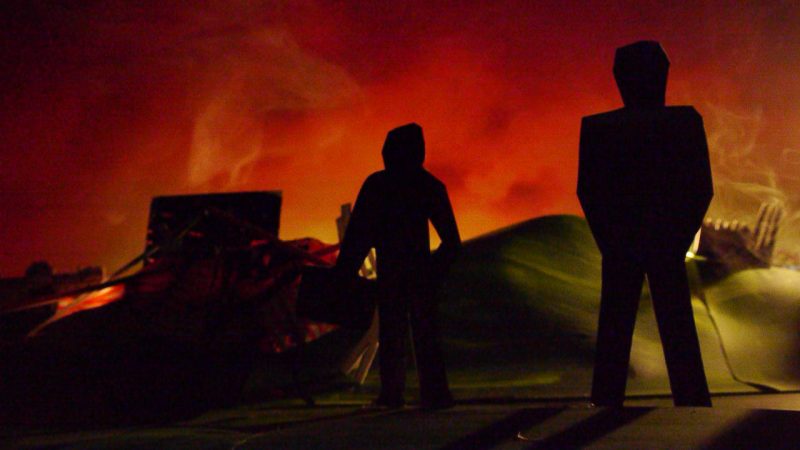 Japanese Bunraku theatre was an inspiration for The Decorative Potential of Blazing Factories. You experienced it for the first time when you visited Tokyo in the 1980s. Can you describe what you liked about it?

To go to the theatre and look at puppets was the last thing I wanted to do in Tokyo, however I was an honoured guest and of course I went. The sets were very simple and were made of card. The lights did not go down when the work started, all the performers were dressed in black, faces  covered, except in each case the main puppeteer. Each third life sized puppets had three manipulators. The sound and voices were created by a small group you couldn’t see as they were dressed in black. As the lights stayed on, you could see everything, and it wasn’t looking very hopeful. However, within seconds of the work starting, myself and the whole audience were really into it, shouting and participating in the stage action. It was amazing. I have never seen anything better on a stage.

What can audiences expect from The Decorative Potential of Blazing Factories and the live action that accompanies each screening?

I hope that the audience will be excited by the cardboard created visuals. It’s meant to be first and foremost a visual film with content. Each night and every time it will be shown the live action will be different enhancing the experience of the film. The film should work on its own with the action as an add on. It’s a film in a theatre, which was a cinema, then a theatre, and now again for four nights a cinema. It’s a film made by two sculptors attempting to gently push boundaries and making hopefully a rich visual, questioning and audio experience.

The Decorative Potential of Blazing Factories runs from 19 – 22 Jun. Watch the trailer 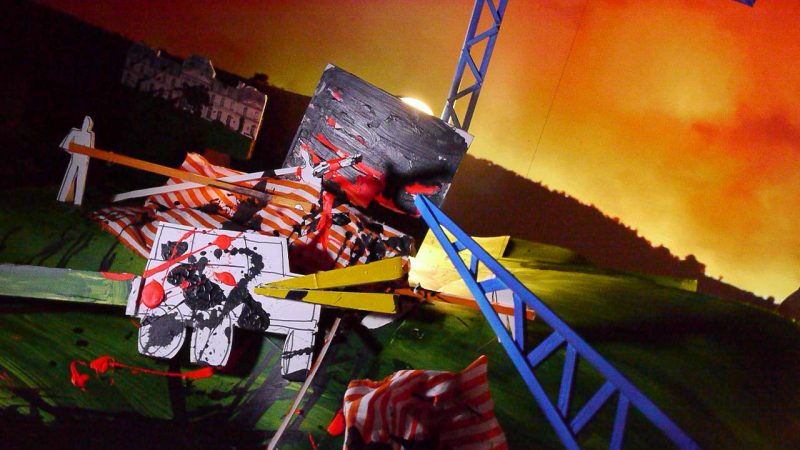