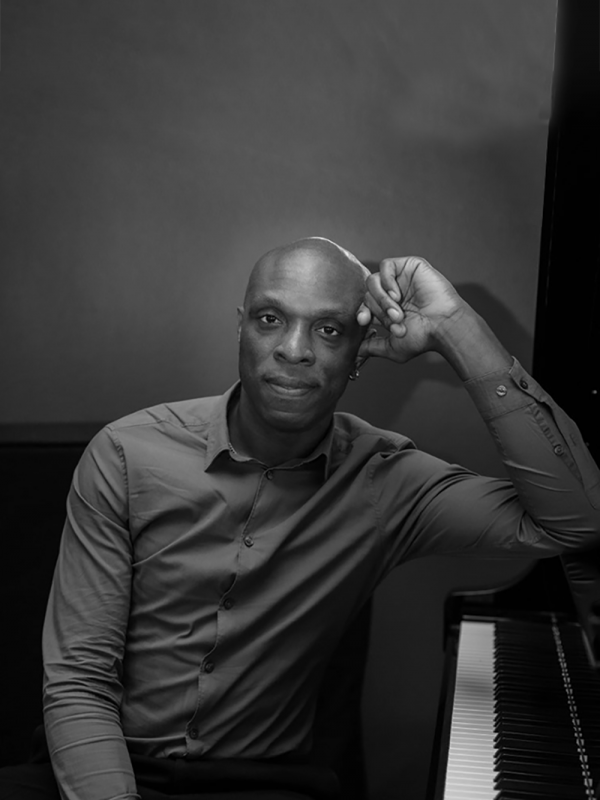 The Trevor Watkis Quintet presents a special musical retrospective of legendary jazz trumpeter Dizzy Reece. An exciting musical celebration of his accomplishments and artistry and in acknowledgement of West Indians who have greatly contributed to the development of jazz. After playing to sold out audiences at London’s Ronnie Scott’s jazz club, Trevor Watkis leads a dazzling international band line-up.

OTHER SETS available on 18 Dec

Pianist Trevor Watkis, is a multi-talented, internationally-known performer, arranger and composer, who studied at Berklee College of Music, in Boston.

Trevor has worked on television and on the big screen, most notably accompanying Natalie Cole and Elvis Costello in the film “DeLovely”, he has arranged music for radio, theatre, and has appeared in several television commercials.

Straight Ahead…Ride For Tone! Trevor’s debut recording as a leader, was recorded in New York with some of the city’s finest musicians. He toured Europe as a member of Kenny Garrett’s quintet and is currently working on a new soloalbum which will be his follow-up to his aforementioned album.

Trevor has recently been touring with a international transatlantic project called Routes in Jazz – The Music of Dizzy Reece, which was put together by Trevor, featuring a great lineup of musicians the USA and the UK, to celebrate the musical legacy of the iconic Jamaican born trumpeter, Dizzy Reece. This group also feature trumpeter, Byron Wallen, tenor saxophonist, Ralph Moore, Dezron Douglas (bass) and Willie Jones III (drums). This exciting group, toured the UK, making a standout appearance at Ronnie Scotts, as well as making their US debut in New York, at Jazz at Lincoln Center’s, Dizzy’s club. A studio recording of this great band, will be released later this year.